The Nigerian Defence Academy (NDA) has cleared that air over the alleged arrest of a Nigerian Air Force officer, Sergeant Torsabo Solomon, following an alleged connection with the attack on the NDA, Kaduna State, where two officers were killed and another one abducted.

Reports had emerged that the suspect, Solomon, who is currently attached to the Air Force Comprehensive School, Yola, Adamawa State, was arrested on Monday in the state’s capital.

An eyewitness reportedly stated that:

Sergeant Solomon was arrested on the order of the Base Commander as requested by the NDA Commander for an offence connected with the recent bandits’ attack on NDA, Kaduna.

A source who spoke on the condition of anonymity said:

At about 8:15 a.m., ATR with registration number NAF 930 [plane] arrived to convey him from Yola to NDA Kaduna for further interrogation.

Despite these testimonies, the NDA has denied the arrest of Sergeant Torsabo Solomon over his involvement in the security breach at the academy. 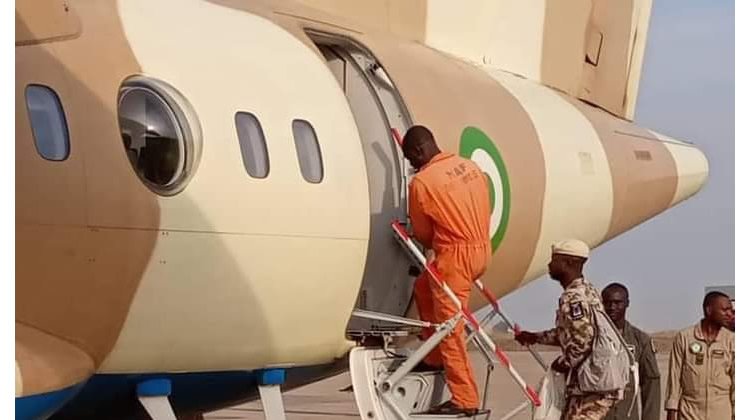 It further debunked claims that the Airforce personnel was in its custody.

The NDA spokesman, Major Bashir Muhammad Jajira, in a statement issued on Tuesday, said that the arrested sergeant has no connection with Academy’s attack.

According to the statement, the NDA is a Military Training Institution not an investigative security agency.

It, therefore, advised the general public to disregard the information trending on social media, noting that the perpetrators of the security breach at the academy will definitely be apprehended.

This is to inform the general public that the above-named person is not in the Nigerian Defence Academy’s custody as alleged and has no connection with the Academy.