Maria in a now-deleted tweet confronted Apostle Selman, whom she mistook for Apostle Johnson Suleiman about an alleged relationship.

According to reports, rumors circulated that Maria was dating Apostle Johnson Suleman.

She questioned Apostle Selman, if he was the man of God, people thought she had an affair with.

However, Maria apologized on her Twitter page on Monday, for any offense her inquiries may have caused, claiming she didn’t mean to insult him.

She wrote,” I stand corrected. My apologies to Apostle for getting names mixed up/wrong.

“Find it in your good heart to forgive my innocent tweet. Remain blessed.” 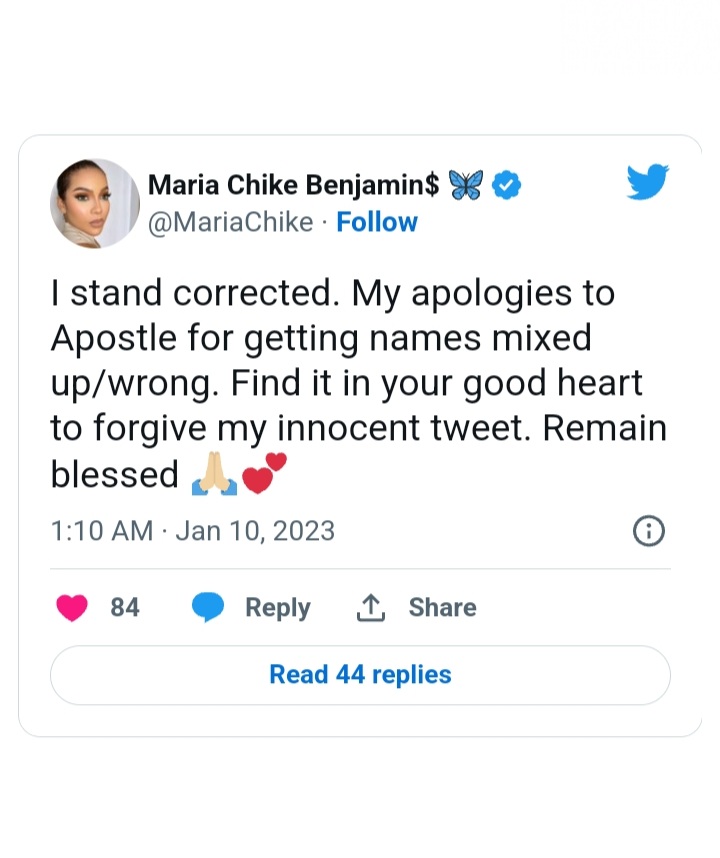 As Ikeja Electric Bill Is Now More Than The Minimum Wage