The mum of two took to her Instagram page to countdown to her step daughter’s birthday. Iyabo Ojo revealed that preparations were ongoing for her birthday as the Okoye’s are turning up in loud style to celebrate her.

“It’s your birth month, we’re turning up big @vanzyvanz it’s going to be loud, they’re not ready…. In advance cupcake”. 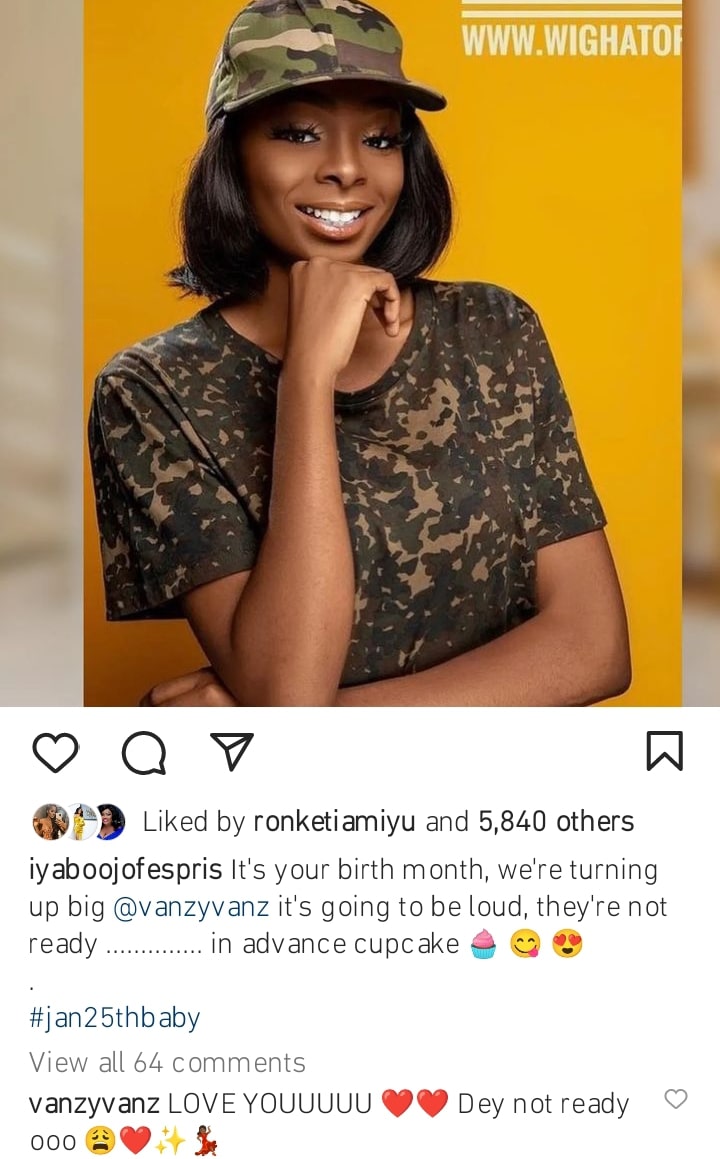 Recall that in December, as friends, fans and families showered prayers and praises on Iyabo Ojo on her 45th birthday, Vanessa Onyinye, the daughter of her lover, Paul Okoye celebrated her.

Sharing in the joy, Vanessa Onyinye, the 21-year-old daughter of Paul took to her Instagram page to celebrate her stepmother. She showered her with praise and prayers as she affirmed her love for her. in the spirit of gratitude, she appreciated the boss lady for healing her

She wrote: ”I don’t even know what to say, Aunty @iyaboojofespris You are Smart, Beautiful, strong and Determined! The list could go on and on! I love you soo much… you have help me in so many ways and I really appreciate you Today we shut down Lagos !!!! ?? May God continue to bless you Stepmother”.

We recall that Iyabo Ojo went public with her man Paul Okoye, on her 45th birthday on December 21st.

The lovebirds had even spent the festivity together as one family.

Speaking out on his relationship with the actress, Paul Okoye cried out over how the mother of two had invaded his space and snatched him from his several side chics.

Crying out in a live video with Media personality, Daddy Freeze, Paul Okoye who had Iyabo Ojo lovingly embracing him, said “oh my God, I am still young, iyabo just came to scatter the whole thing, think say na joke, no be small thing, just come take me away from the market, my many girlfriends, chai”

Iyabo Ojo also joined in excitedly saying “Yes o, you told me this morning babe, you have taken me out of the market and snatched me from all these my girlfriends, yes you are no more a bachelor, we have come out boldly with full chest and now off the market”.

Paul Okoye, music promoter and newly unveiled husband of actress Iyabo Ojo has cried out over how the mother of two has invaded his space and snatched him from his several side chics.