Opeyemi Falegan, the ex-boyfriend of actress Nkechi Blessing Sunday, has taken to his Instagram page to defend actor Alex Ekubo.

Alex has been the topic of debates on social media after his former fiancée, model Fancy Acholonu, accused him of manipulating her into making several public apologies with the aim of humiliating her. She also claimed he never had intercourse with her for the 5 years they were together.

This led to debates about Alex’s sexuality.

Defending Alex, Opeyemi David Falegan said not having sex shows Alex has a high moral standard and doesn’t translate to being a “backshot”. He added that he too has also been a “victim of lies on social media” and he knows how it feels to be in Alex’s shoes. 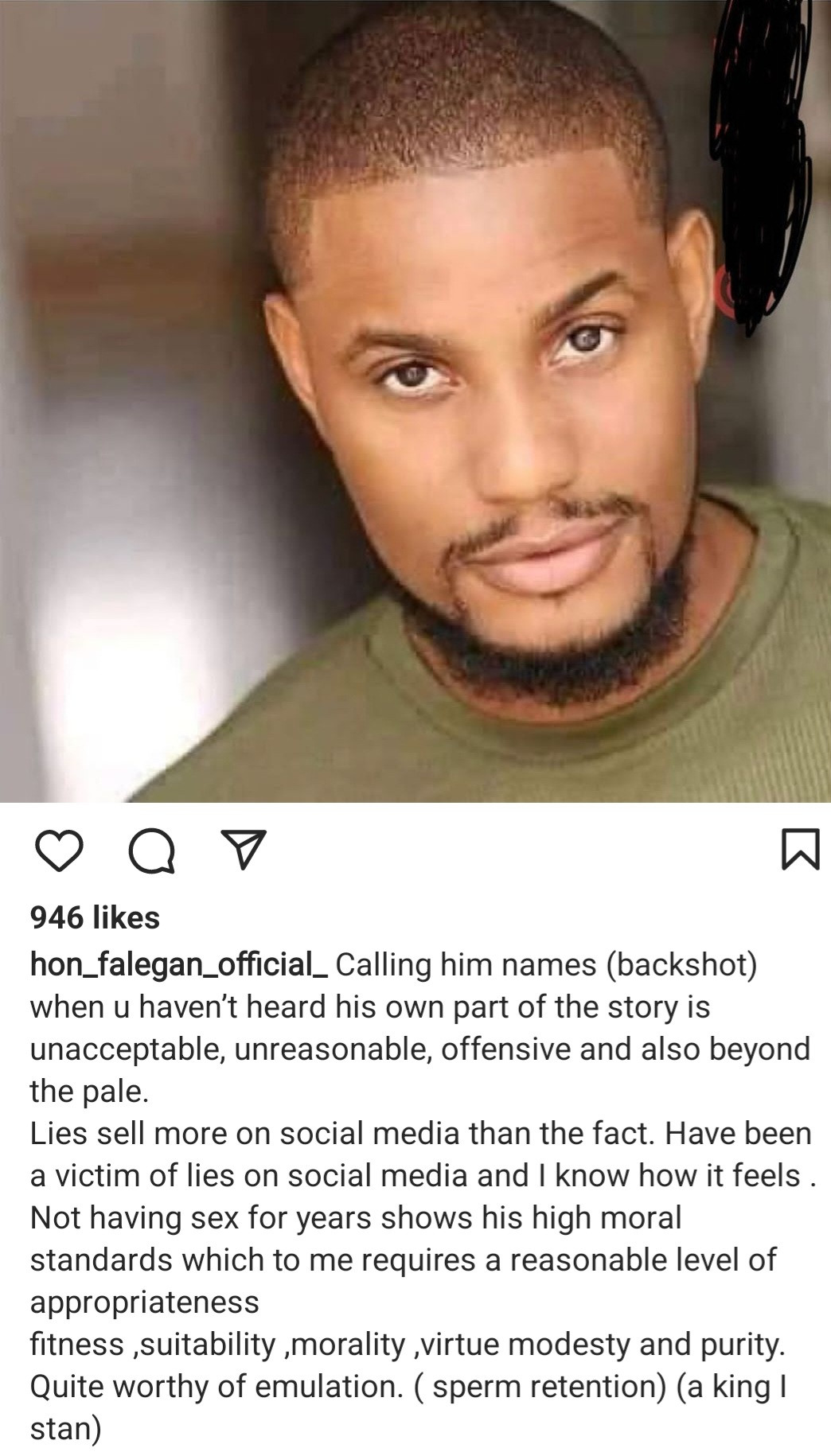 Recall that Opeyemi and his ex Nkechi fell out publicly and it was a bitter, prolonged split.

Hope For the Hopeless