A video of the lovebirds trended on Sunday, April 3, the video was about how they met in December 2020 and their journey to becoming ‘Mr and Mrs’. 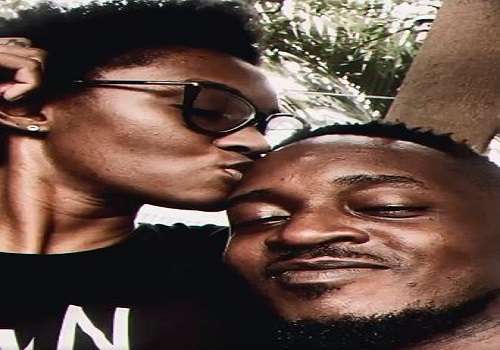 We have a scoop on Eniola Mafe and she is the real definition of ‘Beauty and Brains’ as she boasts of an enviable resume.

A strategist and international development leader, she has a track record in facilitating high-level policy dialogue and partnership building to accelerate Africa’s transformation agenda.

Here are some things to know about her.

1. Eniola was born and bred abroad.

2. She holds a B.A from Spelman College.

3. She has a Master of Arts from Georgetown University School of Foreign Services, Washington, D.C.

4. Eniola is the co-founder of SecureFarmer.com, a social enterprise developing the next generation of farmers through precision data, mechanization, and technology.

5. She is also the co-founder of The Women Collective, TWC, a platform of over 300 members changing the narrative of how gender equality is viewed in the workplace across corporate Africa.

6. She serves as a Global Leadership Fellow at the World Economic Forum, WEF where she leads digital access and adoption work.

7. She managed the Niger Delta Partnership Initiative, NDPI Foundation from 2013 to 2018.

8. She once worked at the Women’s World Banking, Ghana, and Bank of America Merrill Lynch in New York City.

9. She was also a former Program manager on Africa at Vital Voices Global Partnership in Washington.

11. She was named one of the 99 most influential foreign policy leaders in 2011 and one of 13 Young Africans Business/Economic Leaders to watch out for in 2013 by Ventures African Magazine.

12. She was once an ambassador for the Women in Africa Initiative and served in the Technical Sub-Committee for the Nigerian Economic Summit Group.

13. She currently leads the growth and development of the 2030 Vision Initiative, which focuses on harnessing 4IR technologies to accelerate progress on Sustainable Development Goals within the next decade.

14. M.I and Eniola Mafe had their traditional wedding on 22nd September, 2022