Instagram influencer Abike Halima Raheem popularly known as Papaya Ex has reacted to a viral video of her and her alleged married lover.

In the video, the wife of Papaya’s alleged lover confronts her husband for lying about his relationship with the Instagram influencer.

According to the woman, her husband told her that ‘Papaya was just an ‘Olosho’ he patronized and nothing more.

However, she was shocked to see them together at his house which led to the confrontation.

Papaya was reportedly caught with the married man after his wife showed up unannounced at his house in Lekki and mercilessly beat up the influencer.

Speaking on the video via her Insta Stories, Papaya stated that it was not proof that she was being sponsored by a married man as she was not caught on the bed with him. 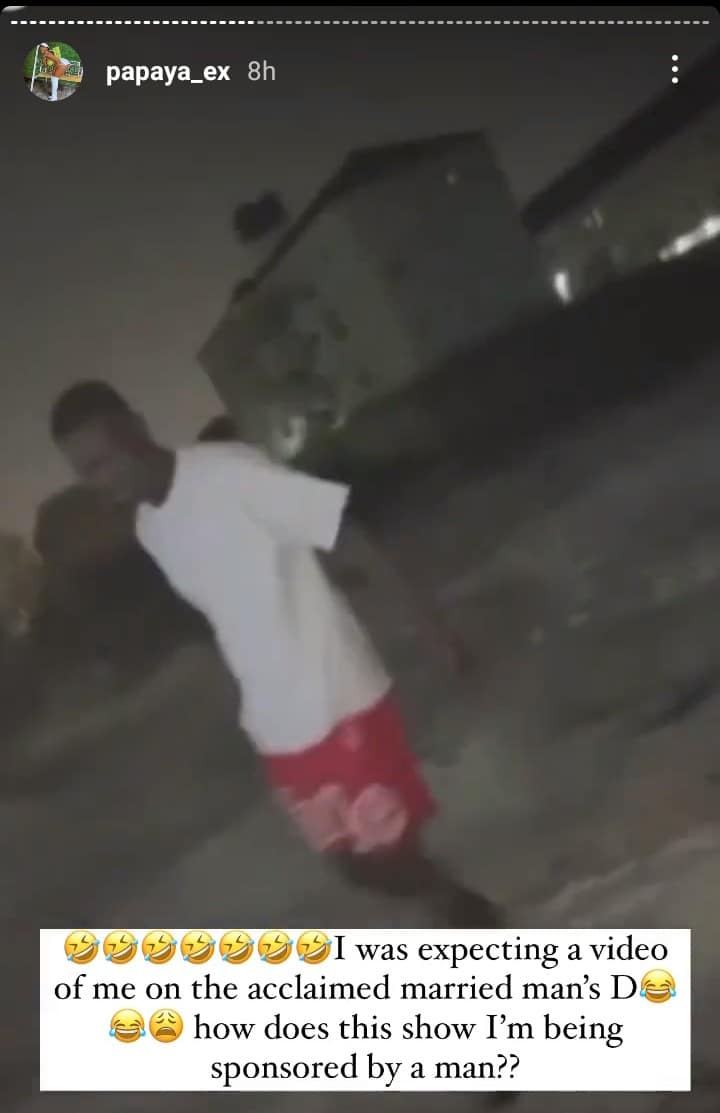 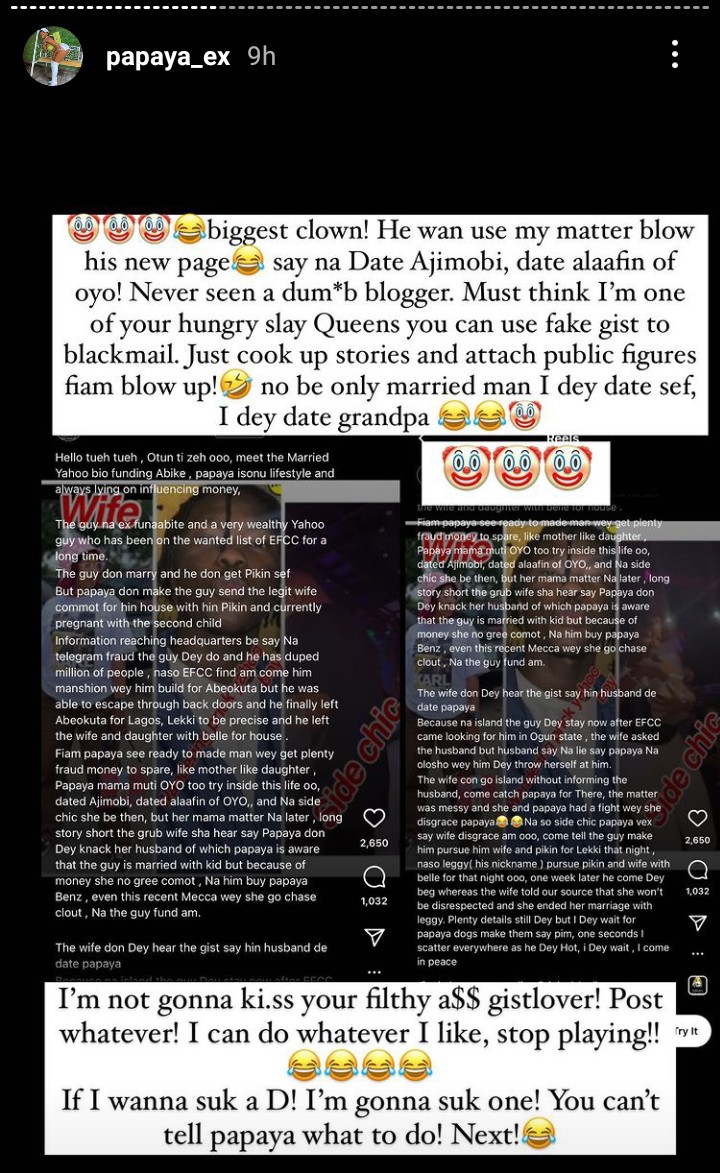 Meanwhile, Lagos businesswoman, Lara Olukotun has issued a warning to Mercy Aigbe a few hours after she spilt details of what led to their public fight.