Bae U Called Out For Allegedly Cheating And Severely Manhandling Fiancée, Mummy Wa

According to controversial IG blogger, Gistlovers, Bae U is in the habit of mercilessly beating his girlfriend, Mummy Wa at any slightest provocation then tenders an apology later.

It was also revealed that the house Bae U claimed to have built is a joint effort of him and Mummy Wa. He brings his ex-girlfriend to the house for coitus and when Mummy Wa complains, he descends on her with reckless abandon. 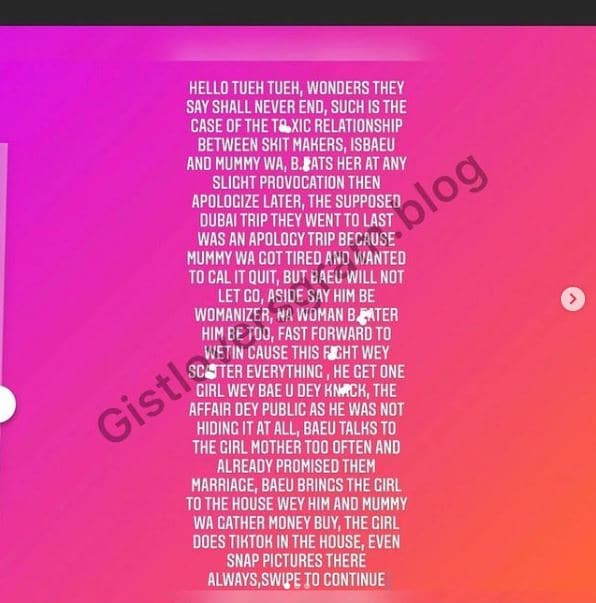 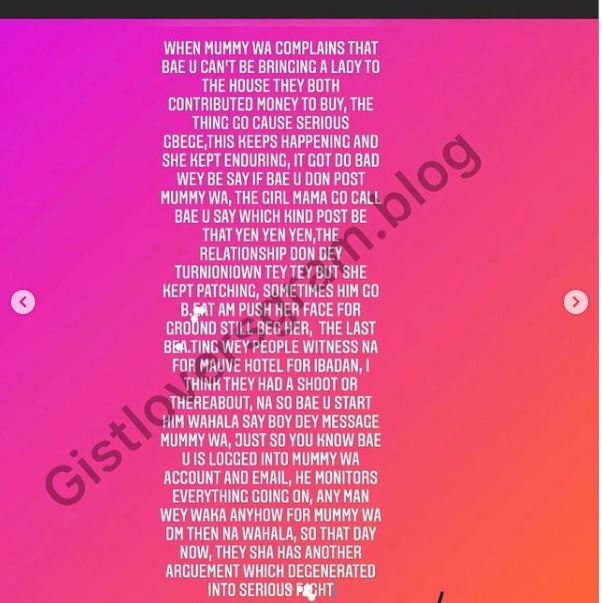 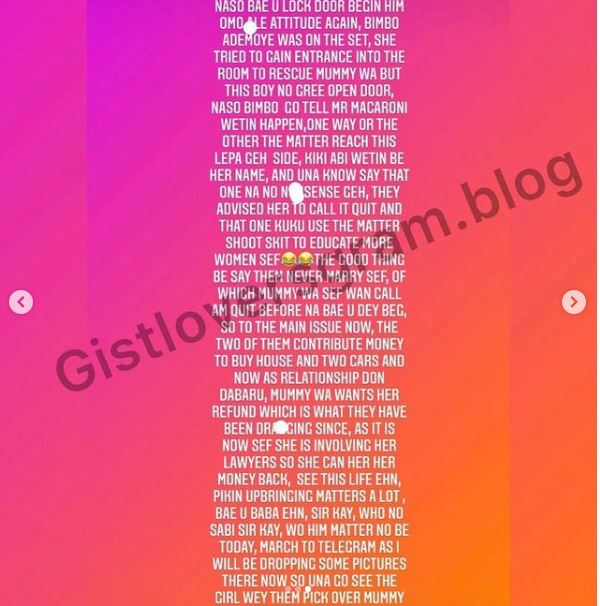 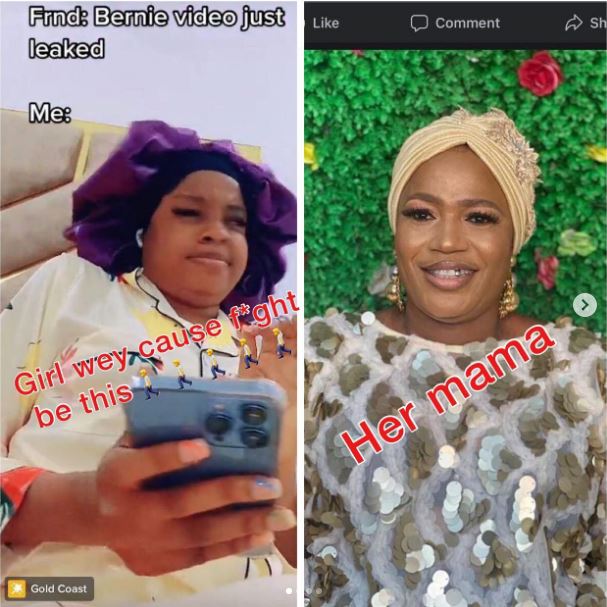 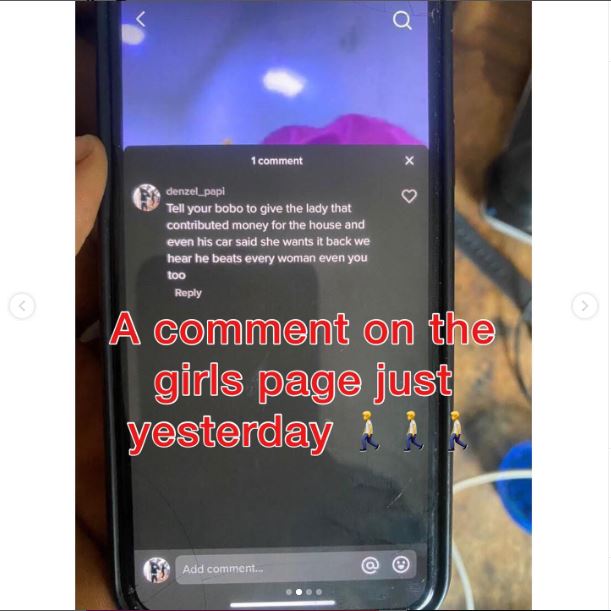 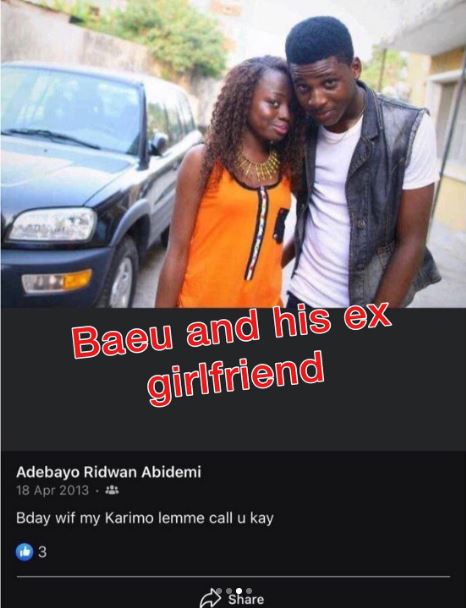 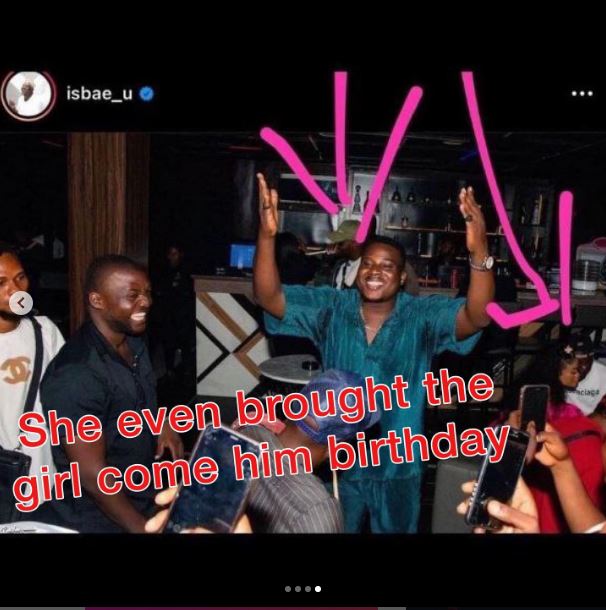 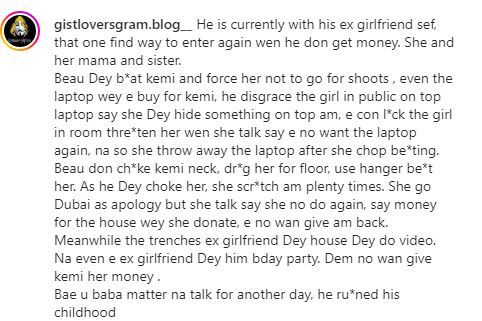 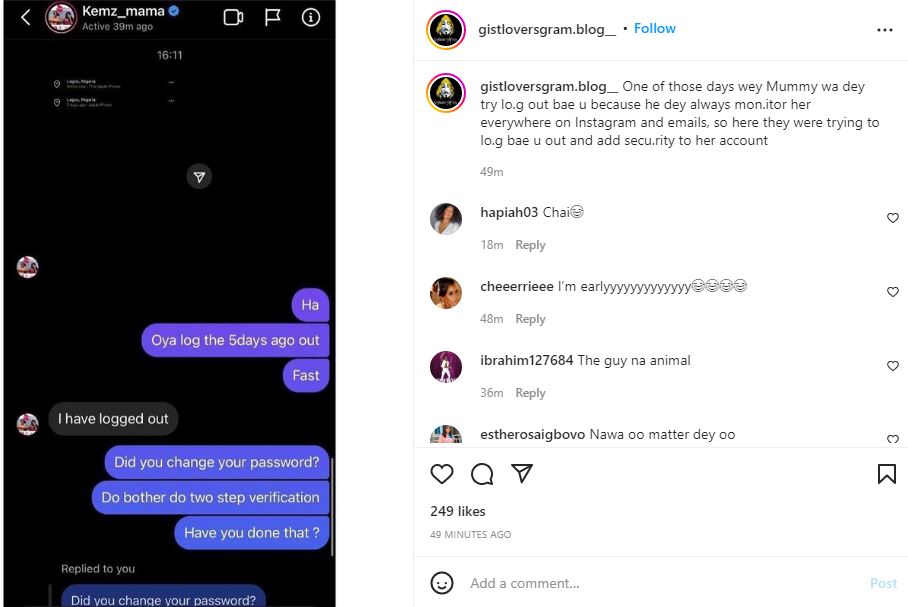