by Olajumoke Tijani
in News
0

According to a Tuesday, April 26 NBC News report, the US provided Ukraine with intelligence used to shoot down a Russian plane carrying hundreds of troops in the early days of the war.
In addition, US intelligence on where and when Russian missiles and bombs were set to hit allowed Ukraine to move its aircrafts out of the strike path, current and former US officials told NBC News.

The publication said the real-time information assisted Ukraine in pushing back on the Russian attack on a key airport near the capital of Kyiv, according to the report.

In the first days of Russia’s invasion of Ukraine, US defense and intelligence lawyers restricted the sharing of some information that would help Ukraine launch strikes on Russian forces. However, Congress pushed for that guidance to be removed as Russia advanced its invasion, according to officials. 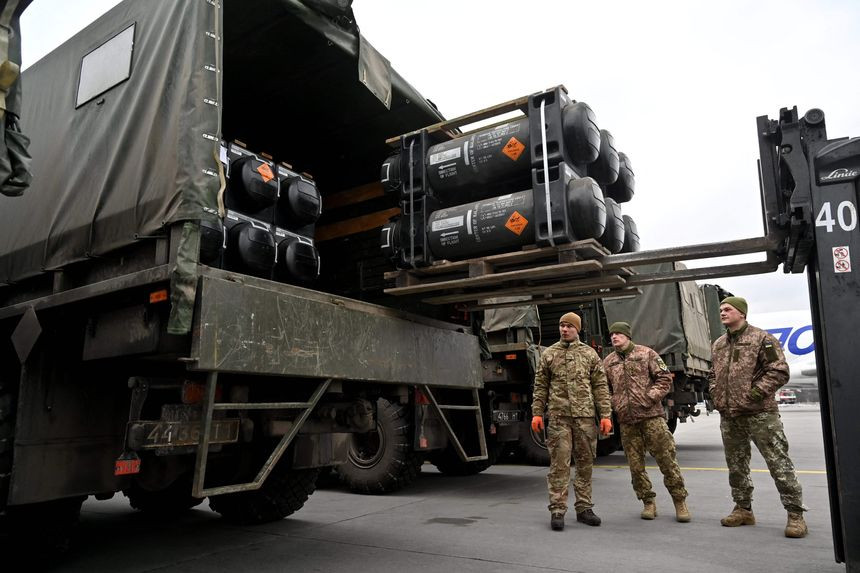 US officials speaking to NBC said the intelligence sharing by the US and Ukraine’s military was massive and unprecedented for a country that is not a Nato partner.
‘From the get-go, we leaned pretty heavily forward in sharing both strategic and actionable intelligence with Ukraine,’ a US official reportedly told NBC News.

‘It’s been impactful both at a tactical and strategic level. There are examples where you could tell a pretty clear story that this made a major difference.’

Another unnamed former senior intelligence official said that ‘there has been a lot of real-time intelligence shared in terms of things that could be used for specific targeting of Russian forces’. The details include satellite images and ‘where certain types of Russian units are active’.

‘We are regularly providing detailed, timely intelligence to the Ukrainians on the battlefield to help them defend their country against Russian aggression and will continue to do so.’

Nigerian Doctors Vow To Continue Strike Until Demands Are Met