Recall that Caroline had confronted Laura Ikeji, the blogger’s sister and a fellow participant in the Real Housewives of Lagos reality show on Friday. She accused Linda of reporting that her daughter did not belong to her ex-husband, Musa Danjuma.

Caroline’s claims were debunked by Linda Ikeji, but the actress isn’t buying it.

In one of the series of fights, Caroline also slammed Linda Ikeji for accusing her of doing surgery.

The Actress recalled how the blogger during had an interview with Tonto Dikeh who admitted to going under the knife, threw a shade at her for denying having plastic surgery.

According to her, she was the only one Linda Ikeji placed alongside Tonto Dikeh for mockery.

Caroline said in parts, “…… When you did a program on Tonto’s writing I denied having plastic surgery. I was the only one you posted beside Tonto…. In your email you said you needed price to pull down the article, prove to show I never did surgery before you pull down the hurtful article. You called my lawyers names in that email…”. 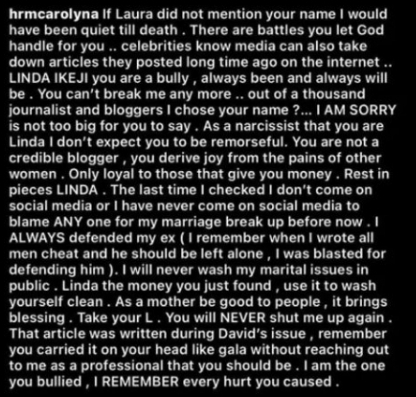 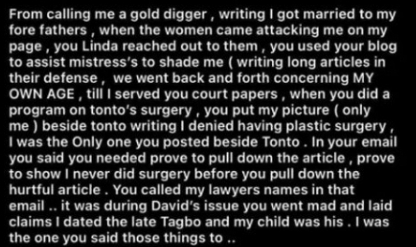 Reacting after this, In a now-deleted post, Tonto Dikeh noted how she was on her own till stray bullet hit her.

The mother of one stated that she isn’t in the mood for trouble and would stay mute.

“Omo right now like this ehn “na justice for everybody oooo….

Gbos gbas everywhere so they stray bullet even hit my fake bum bum….I dey go back house I no fit for wahala…I just come outside to carry my zobo and helmet increase another stray bullet come…. I head am paaaa”. 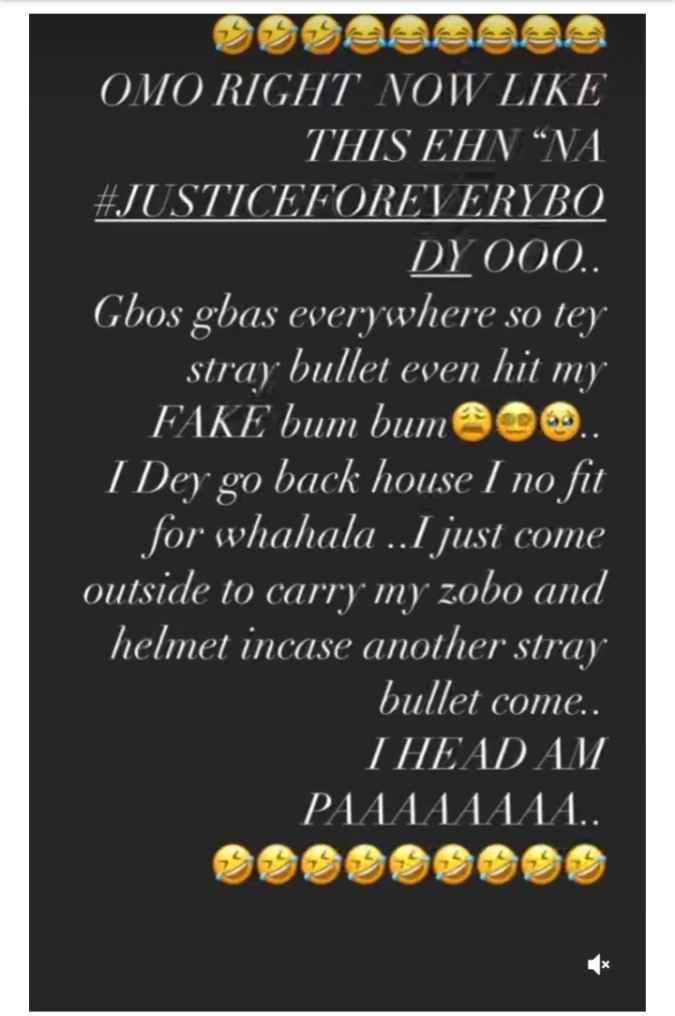 TIME Names Tony Elumelu On List Of 100 Most Influential Persons