All roads led to Owerri on Tuesday, April 19, for the traditional wedding ceremony of much-loved Nollywood actress Rita Dominic and Fidelis Anosike.

For reasons best known to the couple, they ditched the weekend for the event and rather chose a date during the week.

Reality stars, actors, actresses and even music stars all embarked on a road trip just to be a part of Rita and her husband’s ceremony.

Surprisingly, Mercy Johnson and some of the movie star’s female colleagues were noticeably absent at the traditional ceremony.

Mercy Johnson while responding to a query from one of her fans explained that she was on a movie set.

The fan queried thus “I have gone through your page several times to see if it not you again since yesterday because I know you as one who is always genuinely happy with everyone, I was wondering since you didn’t go to Owerri, what happened to posting?”

And Mum of four replied saying “Lol, I was on set, my heart is always with team happy…thank you loads” 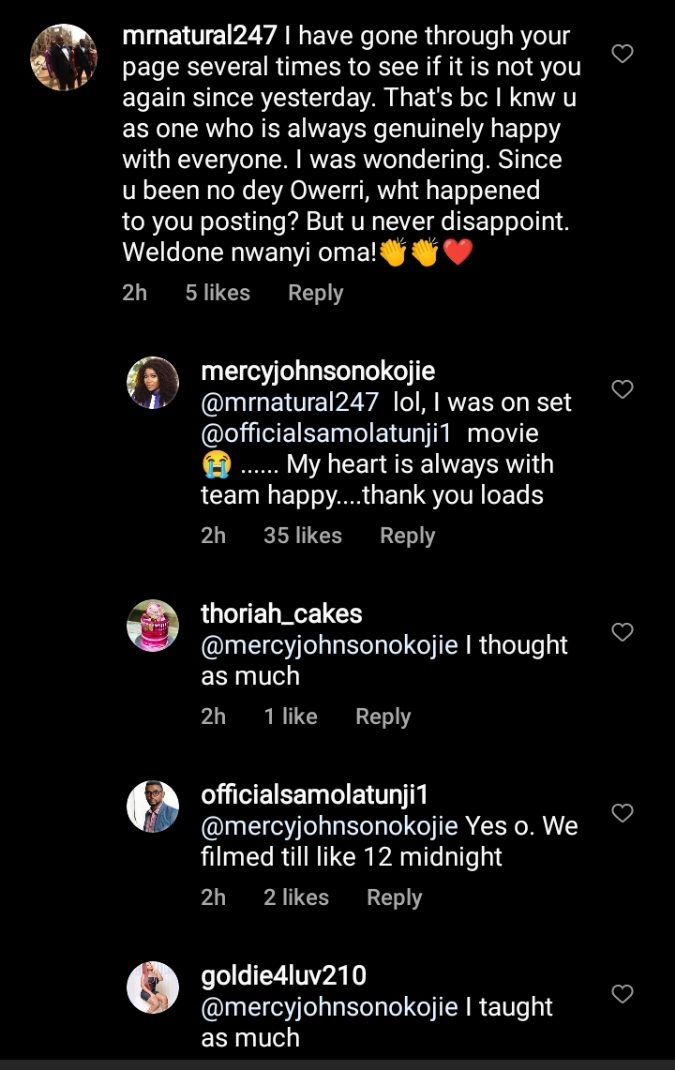 The Actress further made a shout out to Rita Dominic on Instagram saying “The Queen herself, Congratulations Queen, The celebration never ends. I wish you so much happiness in this new journey….P/s we all clicked our glasses to you on set yesterday….Gods blessings always Mami”