A Nigerian beauty queen and former Face of Nigeria winner, Dimma Edochie has held many internet users spellbound with her captivating images that have since broken the virtual world.

The actress who is the founder of Queen Dimma Foundation caught tongues wagging with her all-red costume flowing gown and red hat which has since gone viral.

The entrepreneur who runs Queen Dinma Empire is also an eloquent campaigner in the discovery of the reality of life, harnessing of talents as well as entrepreneurial development.

She said the empire will also accommodate what she called the school of reality and achievements, spa session, music, movie, dancing coaching as well as a video vixen and medical department.

Among other things she considers important is the launch of her magazine and recruitment and training of staff.

She in a recent social media post urged Nigerian young men and women to use the opportunity of the new year to do things differently, build their confidence level, and unlock their potential. 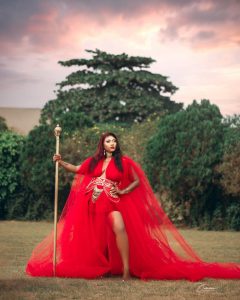 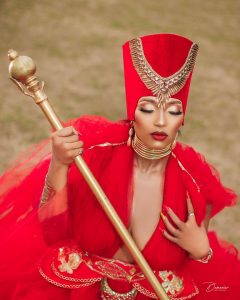 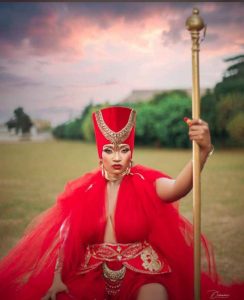 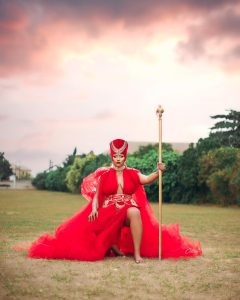 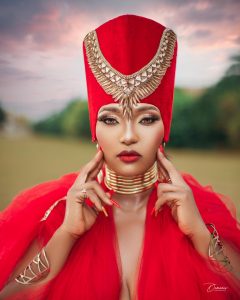