by Emmanuel Onminyi
in News, Sport
0

Nigerian athletes staged a protest in Tokyo after 10 of them were disqualified from taking part in the track and field events of the 2020 Tokyo Olympic Games.

The protesting athletes carried placards with the inscription “Why should we suffer for someone else’s negligence,” “All we wanted to do was compete,” and “We are not just alternates but potential medalists.”

The Athletics Integrity Unit (AIU) disqualified Ruth Usoro, Favour Ofili and eight other athletes after they failed to conduct the mandatory three out-of-competition tests before the Olympics. 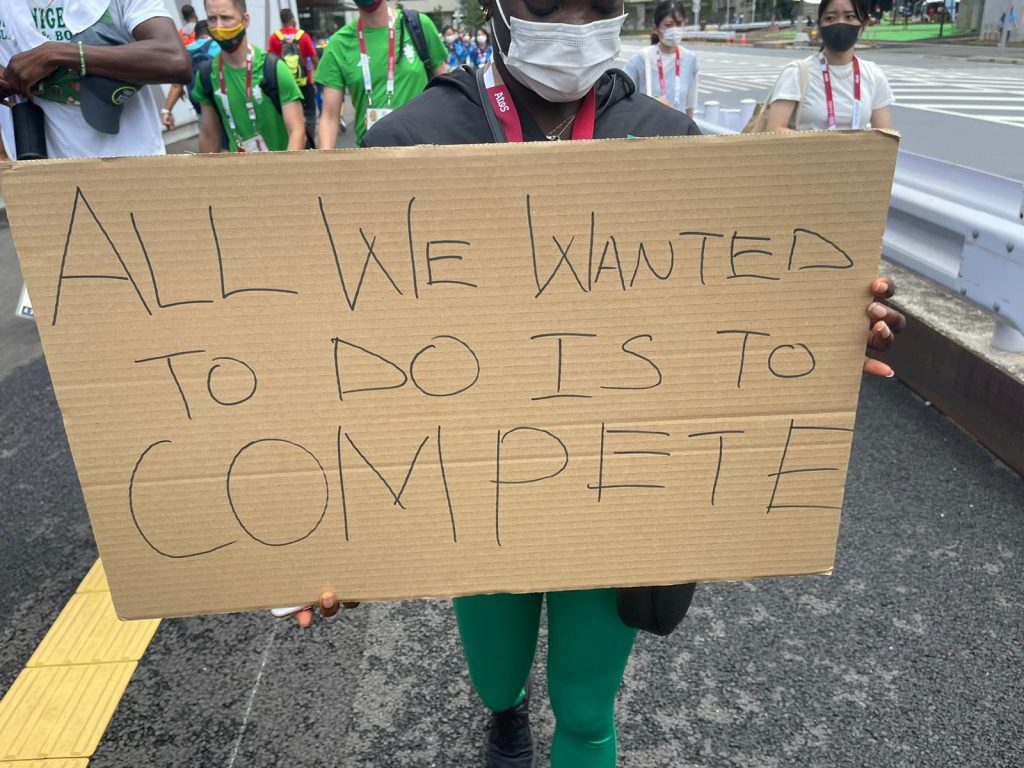 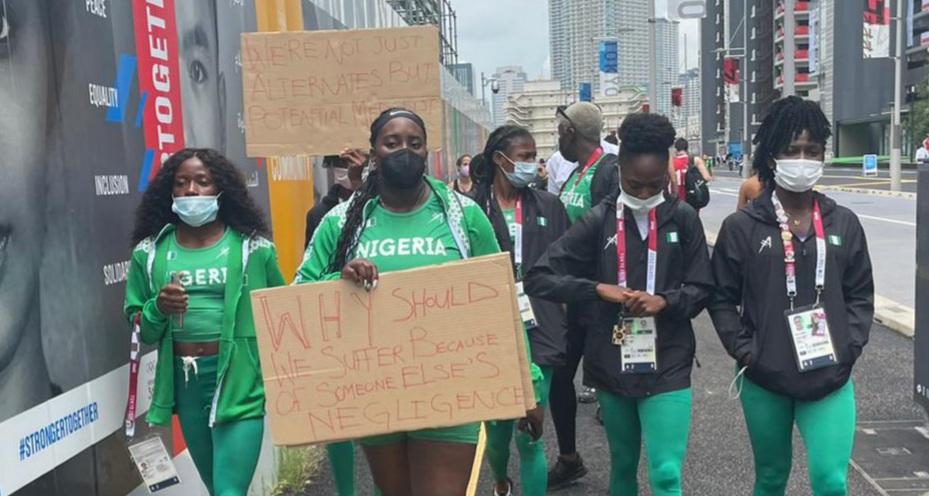 The statement on released following their disqualification stated:

The Rule sets out minimum requirements for testing on the national teams of ‘Category A’ federations deemed to have the highest doping risk and considered as a threat to the overall integrity of the sport.

The key requirement in Rule 15 is that an athlete from a ‘Category A’ country must undergo at least three no-notice out-of-competition tests (urine and blood) conducted no less than 3 weeks apart in the 10 months leading up to a major event. Only then do they become eligible to represent their national team at the World Athletics Championships or the Olympic Games.

For the year 2021, the seven identified ‘Category A’ National Federations are Belarus, Bahrain, Ethiopia, Kenya, Morocco, Nigeria, and Ukraine.

Nigeria is the most affected country, not meeting the minimum testing requirements under Rule 15 for 10 athletes.

US Court To Sentence Hushpuppi In October