Maj.-Gen. Hassan Ahmed, the former Provost Marshal of the Nigeria Army, who was killed on Thursday, has been buried in Abuja.

Ahmed was buried on Friday with full military colours and compliments at the Guards Brigade Cemetery, Lungi Barracks, Abuja, in accordance with Islamic rites.

The ceremony took place amidst tears by family members and colleagues.

The army general, a member of 40th Regular Course, was killed in an ambush by yet-to-be identified gunmen on his way from Lokoja to Abuja on Thursday around Abaji, close to Abuja.

His sister, who was in the vehicle with him, was abducted by the gunmen while his driver escaped.

Speaking during the burial, the Chief of Army Staff, Lt.-Gen. Faruk Yahaya, described the death of Ahmed as a great loss to the Nigerian army and the nation at large.

Yahaya described Ahmed as a fine officer with a high sense of commitment to the course of the army and the service to the nation. 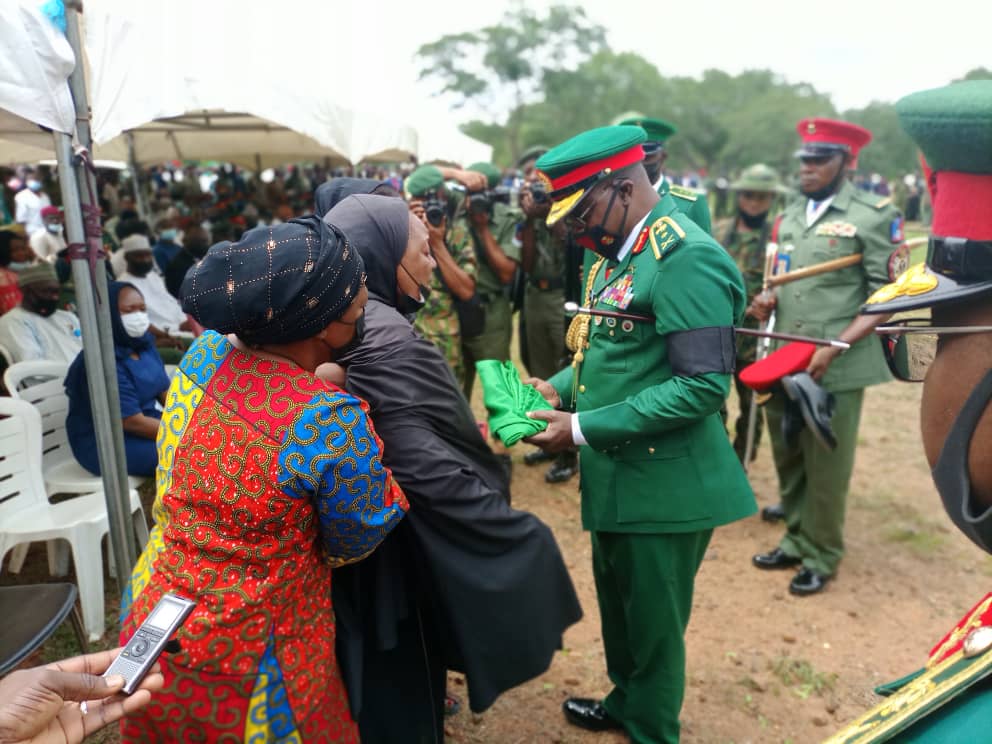 He said that it was the will of God for the officer to die at the time he did, adding that nobody knew when and where he or she would die.

Yahaya said that the living only had the responsibility to pray for the repose of his soul and support the family, promising that the army would continue to stand by the family of the deceased.

For us who are behind, we owe it a duty to take care of his family and be with them in this trying time.

The army has provisions in our laws in terms of entitlements and other responsibilities and we fulfil that.

Beyond that, the army, under my watch, will improve on those provisions and will be with the family of the late general and all others who have also paid the supreme price.

Ahmed was a friend and colleague and we have been together for a long time. He was a very dutiful, responsible and professional officer but everyone has his time.

On behalf of the Commander-in-Chief of the Armed Forces, officers and soldiers of the Nigerian Army, we heartily condole with the family of late Maj.-Gen. Ahmed.

May his gentle soul rest in peace and may God grant us and his family the fortitude to bear the loss. 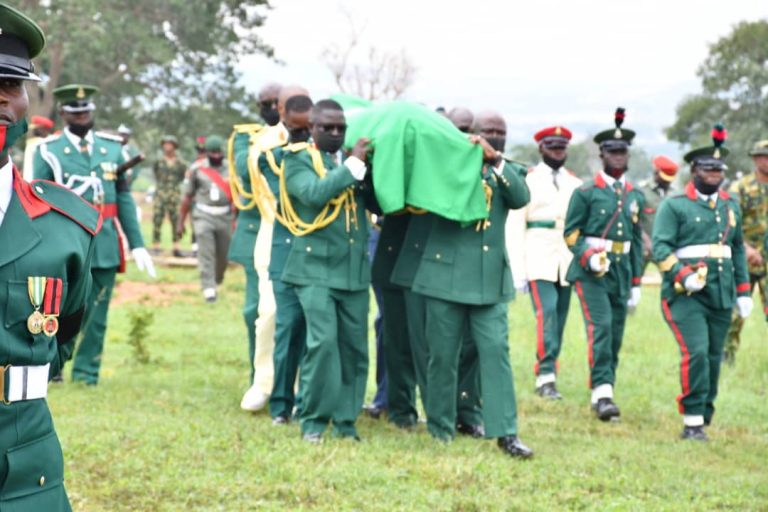 While reading the burial citation of the late general, the Chief of Policy and Plans (Army), Maj.-Gen. Anthony Omozoje, said that Ahmed was a thoroughly trained officer.

Omozoje said that late Ahmed served in different capacities before becoming the provost marshal of the army.

He disclosed that the late senior officer was the Director of Veteran Affairs (Army) before his demise.

The Chief of Defence Staff, Gen. Lucky Irabor, and representatives of other service chiefs and the Inspector General of Police attended the burial.