A naked woman mysteriously became trapped between two buildings in California, USA, and cried for help for half an hour before her location was discovered.

Emergency services were called to the bizarre incident at 1020 N. Harbor Blvd at 2.05pm on Tuesday, July 13, according to Fox 11.

Workers in the area heard a woman crying but struggled to locate exactly where she was. They searched for around 20 to 30 minutes before finally figuring out her location. 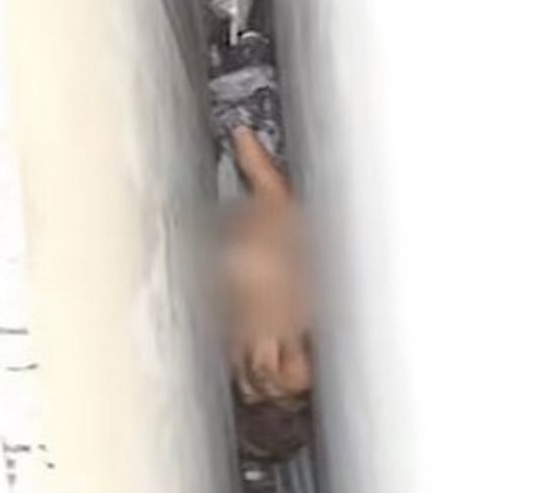 Fire crews were unable to establish how the woman was able to become wedged in the 18-inch gap between the walls of an auto body shop and car stereo store in Santa Ana, California.

For two hours, firefighters from Orange County Fire Authority tried to free her. They drilled a small hole into the wall so they could insert a small camera to get a better view of the situation. 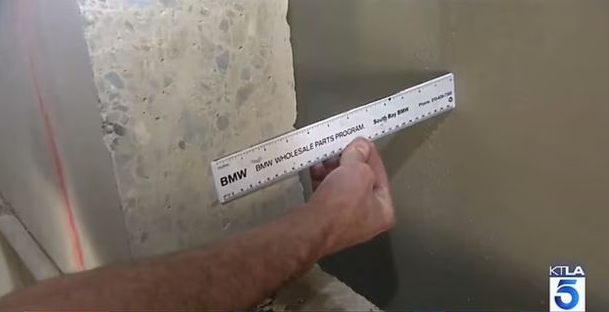 Captain Thanh Nguyen said: “She’s wedged in there and we can’t physically get in there and she can’t crawl out.”

With a large fan providing ventilation for the woman it was decided that a large block of concrete needed to be removed so that the woman could escape. 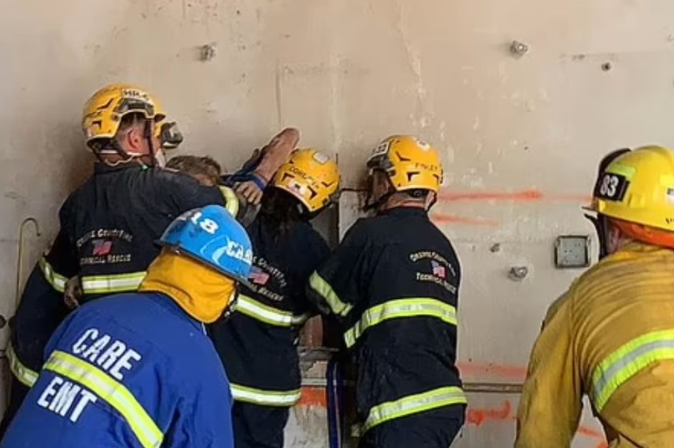 After intensive drilling and more than an hour of work, the woman was finally able to come out.

She was cared for by paramedics and taken to the hospital to be evaluated by medical staff.

“We called the cops and the cops came in and got on the roof and looked between the two walls and she’s all naked.”