Nobody Can Ban My Movie Oko Iyabo – Yomi Fabiyi Declares

Actor Yomi Fabiyi has said that nobody will ban his controversial movie, Oko Iyabo. The movie which was recently released on youtube has since been generating controversy as those who claim to have watched it alleges that it trivializes the molestation saga between actor Baba Ijesha and comedienne, Princess’s foster daughter.

After serious backlash and people complaining, Yomi claimed he pulled the movie down.

In a post shared on his Instagram page, the actor said nobody can ban his movie. He also addressed criticism that has trailed the use of Princess and Iyabo as names of the characters in the movie. Read his post below

He admitted that the movie is about him and ‘Iyabo’, adding that he has a right to his own story. He claims he never undermined the victim or any girl child and that someone ‘twisted’ it so as to get reactions from the public. 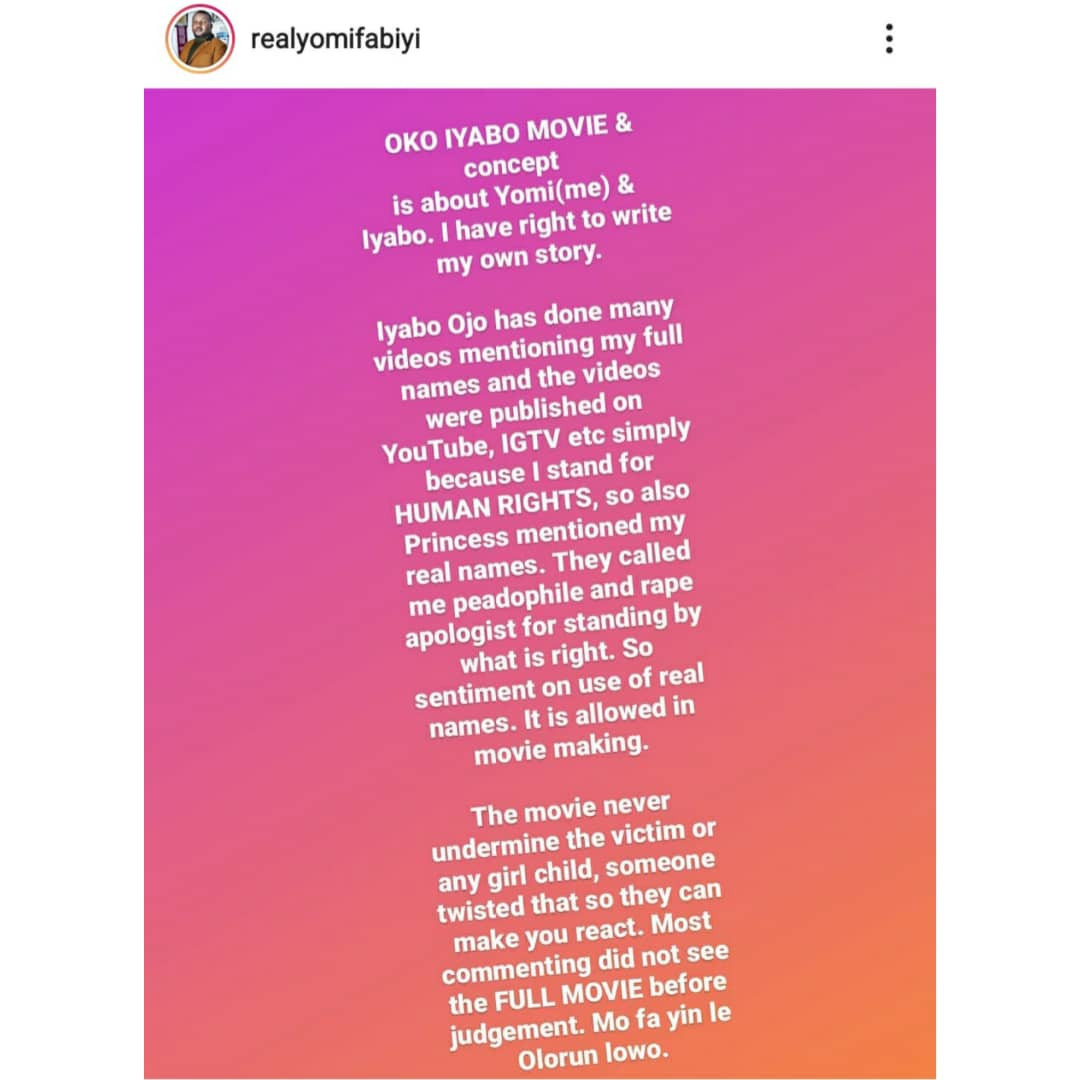 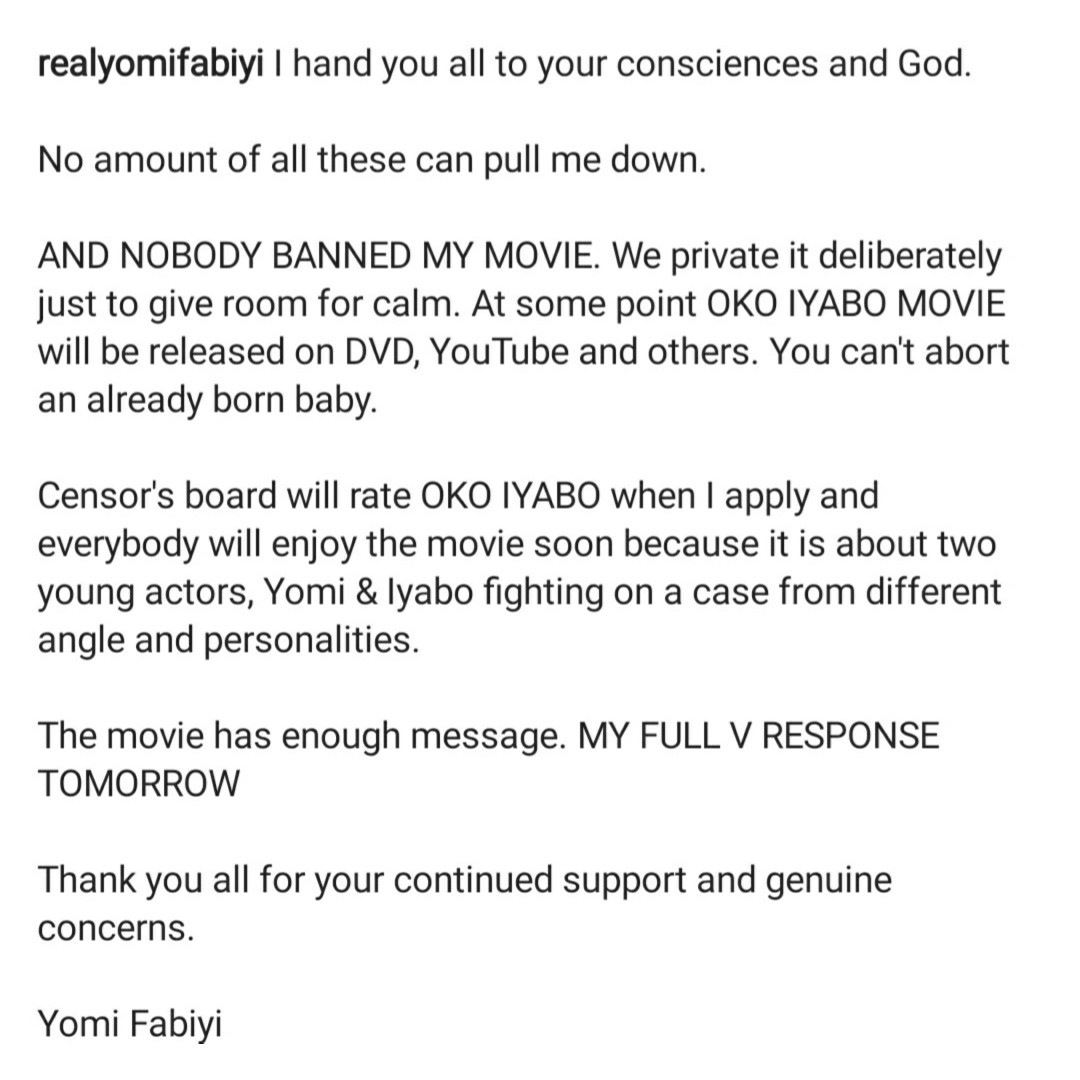 “I Will Show Naked Bum In Next Music Video” – Tiwa Savage

The Underdevelopment Of The Niger Delta