He was shot during a protest to demand an end to insecurity in the country in Abuja.

Sahara Reporters reports that Sowore was shot in the right side of the stomach towards the hip by gun-wielding policemen drafted to the Unity Fountain. 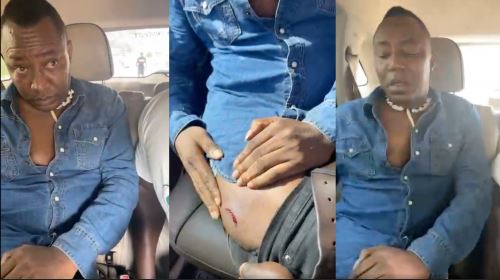 The police who had already been stationed at the fountain before the arrival of the activist and other protesters opened fire on the unarmed protesters.

Many people also sustained varying degrees of injury during the incident.

He has been rushed to an undisclosed hospital.

Why I Asked Residents To Take Up Arms Against Bandits – Gov. Masari