Service Chiefs, Heads of Security Agencies To Appear Before Senate On Thursday

President of the Senate, Ahmad Lawan, has, on Tuesday, disclosed that the Service Chiefs and Heads of Security Agencies would, on Thursday, appear before the Upper Chamber to brief it on efforts to address the spate of insecurity in the country.

Lawan made the disclosure in an announcement during the commencement of plenary proceedings.

According to him, the appearance by the Service Chiefs is in response to a resolution by the Senate last week Tuesday, wherein it was resolved that the Service Chiefs and other Heads of Security Agencies be invited against the backdrop of heightening insecurity across states of the federation.

Lawan explained that the Service Chiefs were unable to respond promptly to the invitation by appearing today due to an ongoing security meeting at the Presidential villa which is scheduled to end on Wednesday this week. 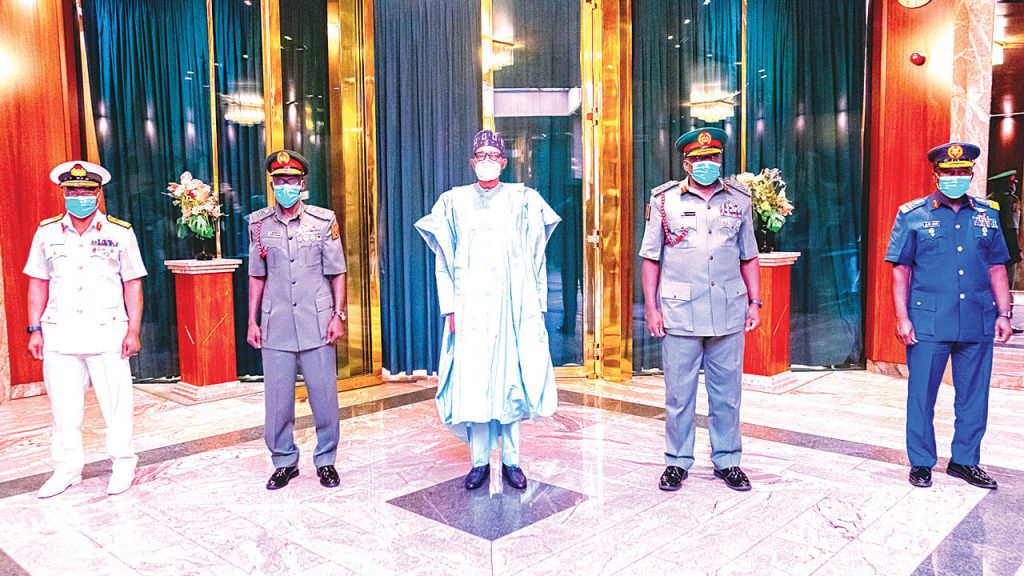 He noted that in view of the development, the Service Chiefs would, therefore, appear before the chamber on Thursday, May 6, 2021.

Insecurity has taken over the nation, with lots of people being killed on daily basis, especially in the north.

Insurgency, banditry and kidnapping have taken over the nation as people could no longer travel for fear of being kidnapped for ransom.

The second meeting held today was at the State House, Abuja to brainstorm on the way forward for the nation which has been taken over by insurgents, bandits and kidnappers.

President Muhammadu Buhari had ordered security chiefs to identify and crush heads of bandits, kidnappers and their local collaborators but the level of insecurity increased with series of abductions and killings recorded recently.

Jose Mounrinho Heads Back To Italy To Coach New Club

Modesty: An Essential Virtue of Muslims