Claims by the Sultan of Sokoto, Sa’ad Abubakar, that a former Nigerian minister and prominent Christian leader from the Middle Belt, Jerry Gana, had ties with Boko Haram and facilitated the bail of its late leader, Mohammed Yusuf, was false, documents have revealed.

The NSCIA alleged that Gana bailed the late Boko Haram leader on three different occasions, demanding that the former minister be interrogated for backing a terrorist group rather than Nigerians criticizing Pantami’s extremist views.

NSCIA said in its statement:

It is pertinent here to ask the CAN National President that between Honourable Minister Pantami who engaged the leader of Boko Haram in debates against his wrong and misguided ideologies and that Christian Minister who bailed Muhammad Yusuf three times who is it the country should rightly accuse of being a friend, supporter or member of the extremist group -Boko Haram?”

Reports at that time said Gana was accused of bailing the Boko Haram leader out following his arrest in 2008. But police spokesperson at the time, Emma Ojukwu, said it was the court that granted Mr Yusuf bail and not the police or the influence of an individual.

The former minister, however, refuted the claims in a statement released on by his media aide, Adakole Ijogi, describing it as “mischievous, misleading, and malicious.”

Asserting that Gana did not bail the late leader of the terrorist group out nor had any links with him, the statement said:

Evidence available in the public domain, clearly shows that the late Mohammed Yusuf was granted bail in an open court that sat in Abuja in 2008/2009, where one Ahmed Ibrahim Suleiman, then an Officer in the Office of the Accountant General of the Federation, stood surety for Mohammed Yusuf as contained in the attached bail document.

The said document reveals the identification, state of origin, residential address in Abuja, status in the federal civil service, and even his letters of appointment and promotion. Therefore, Prof Jerry Gana was never part of the process and obviously could not have bailed Mohammed Yusuf.

The document showed that Mr Suleman, who worked in the Accountant-General of the Federation’s office as of 2009, paid N350,000 in the bail application for the charge against Yusuf.

According to the document signed on January 15, 2009, Mr Suleman described the late Boko Haram leader as his teacher.

It is important to note that this same falsehood was first published in 2009 about the time Prof Gana was deeply involved with other statesmen and women in the effort to facilitate a smooth transition that led to the emergence of Dr Goodluck Jonathan as President in 2010.

The former minister, while expressing his disappointment with NSCIA, disclosed that legal proceedings had commenced.

We are surprised that a highly placed organisation like the Nigerian Supreme Council for Islamic Affairs (NSCIA) would allow itself to be associated with such unverified and totally untrue insinuations.

Since the perpetrators are bent on deliberately destroying the character of Prof Gana, he has briefed his lawyers to commence legal proceedings against all the individuals, organisations, and media platforms involved in circulating this despicable falsehood. 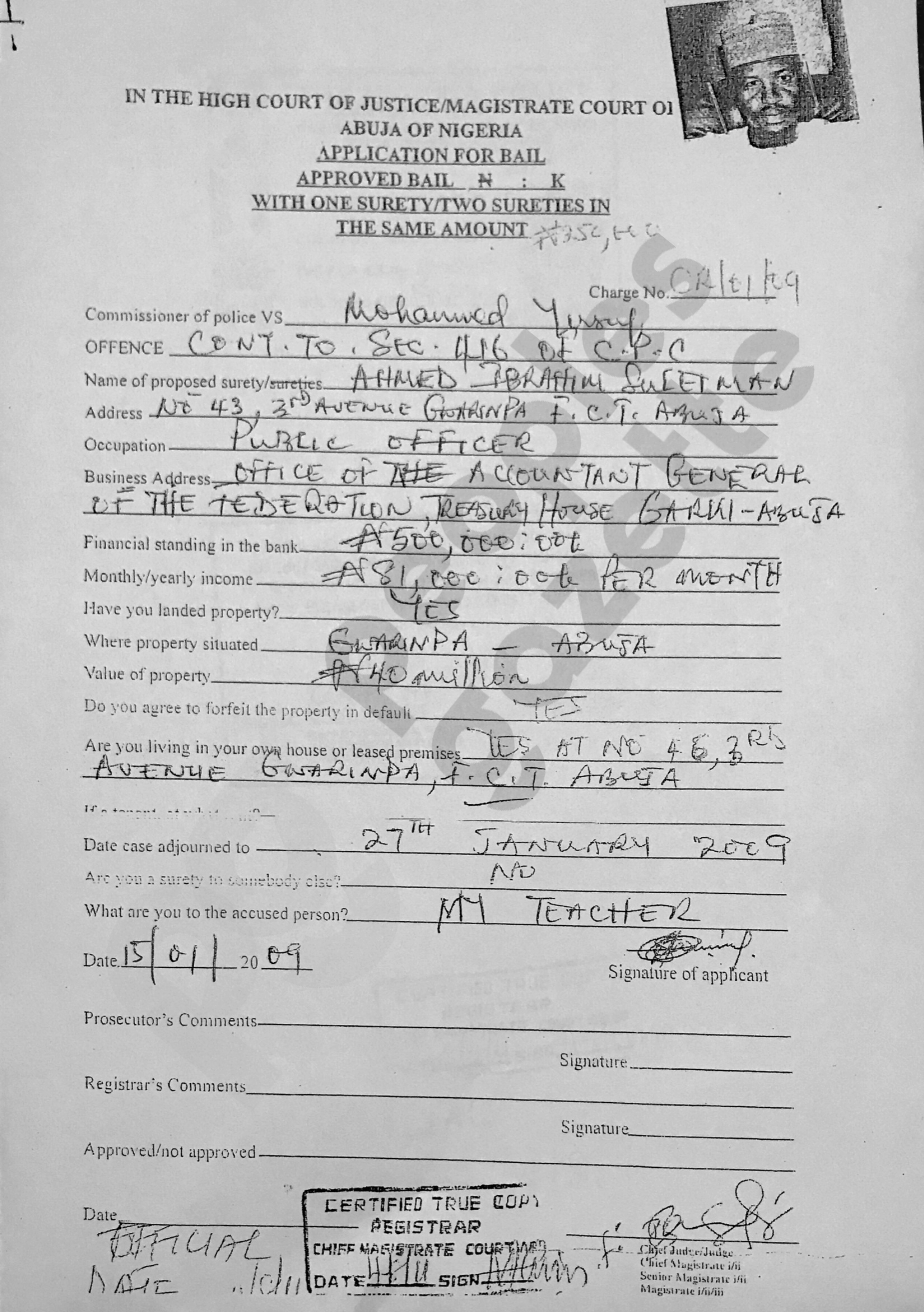 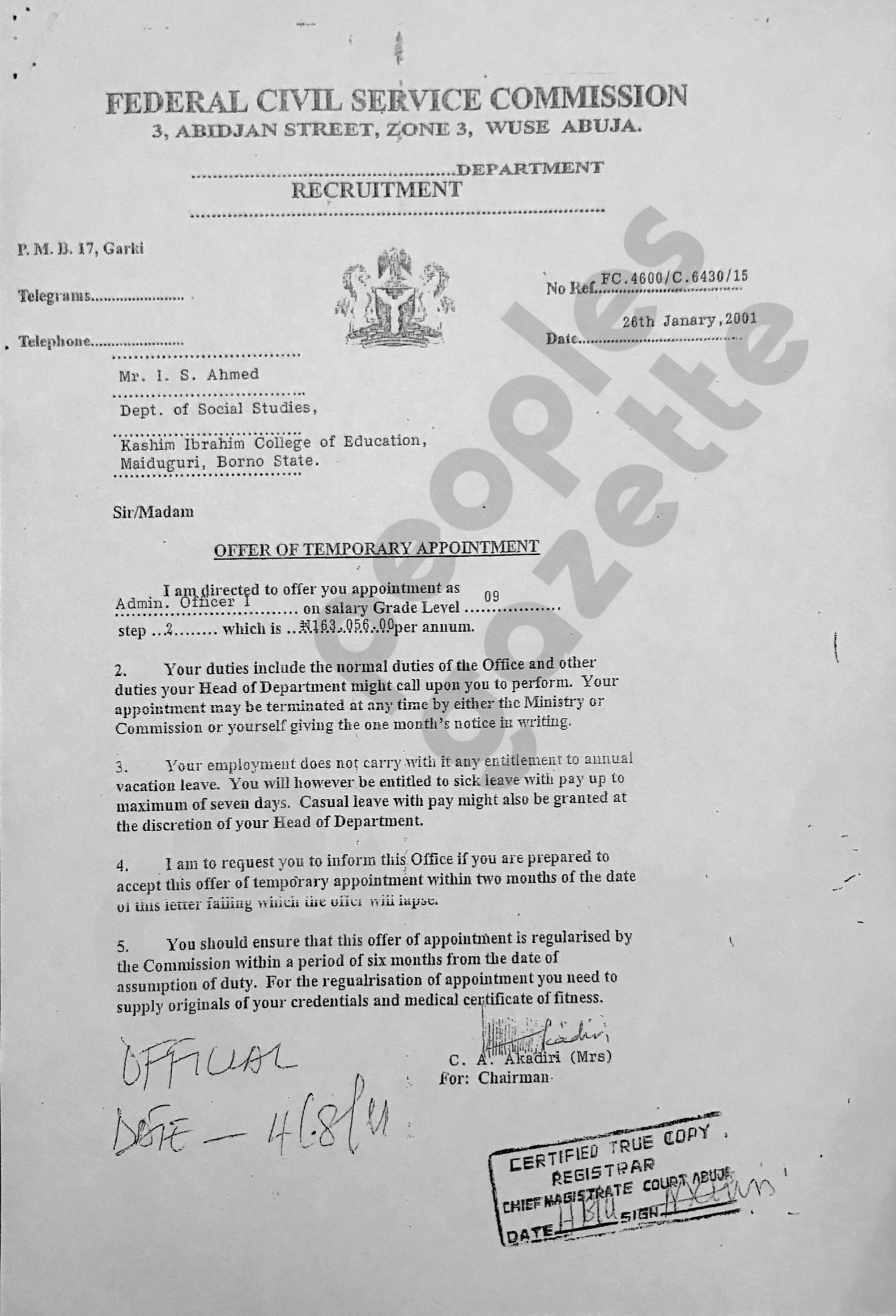 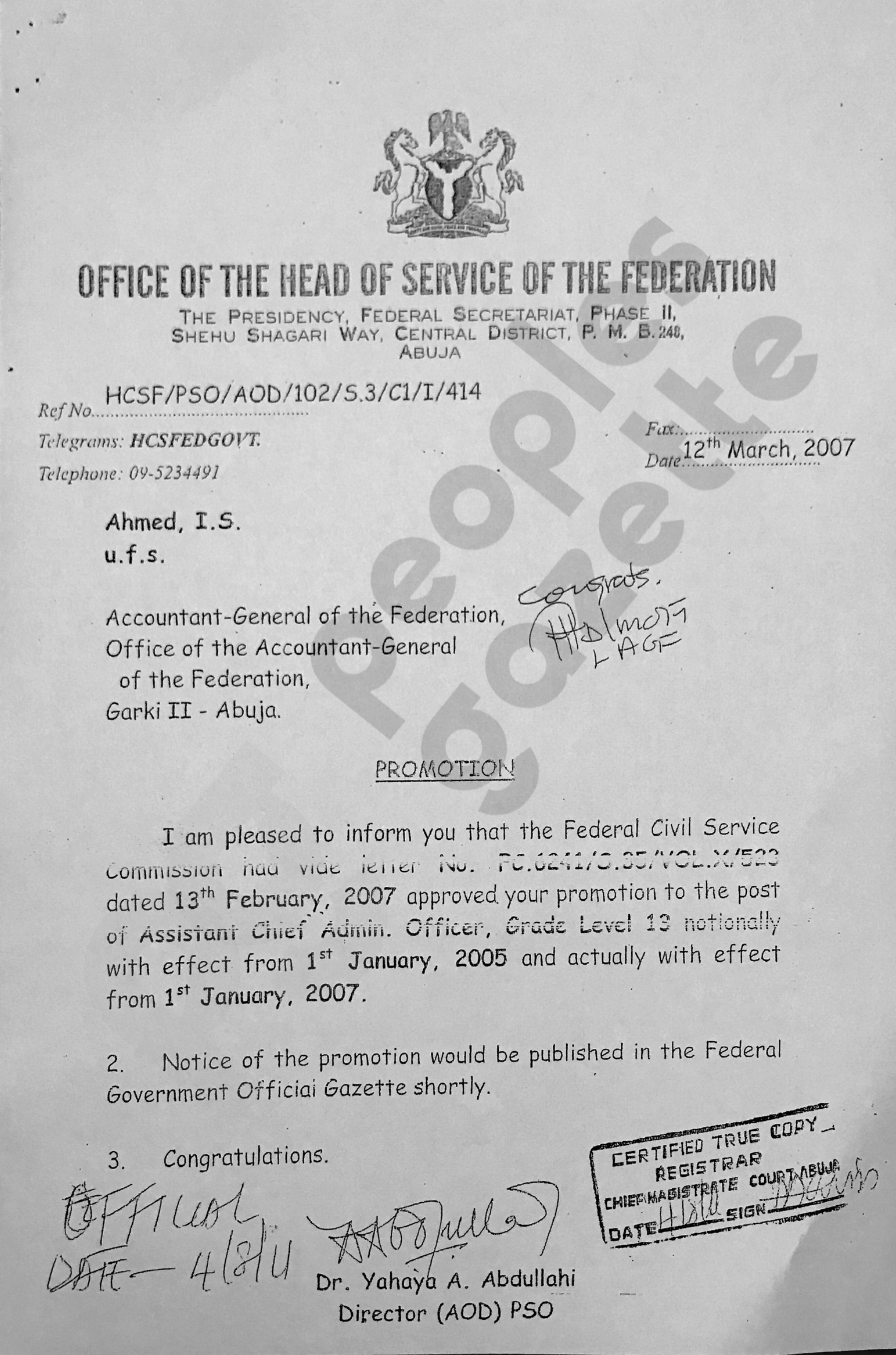 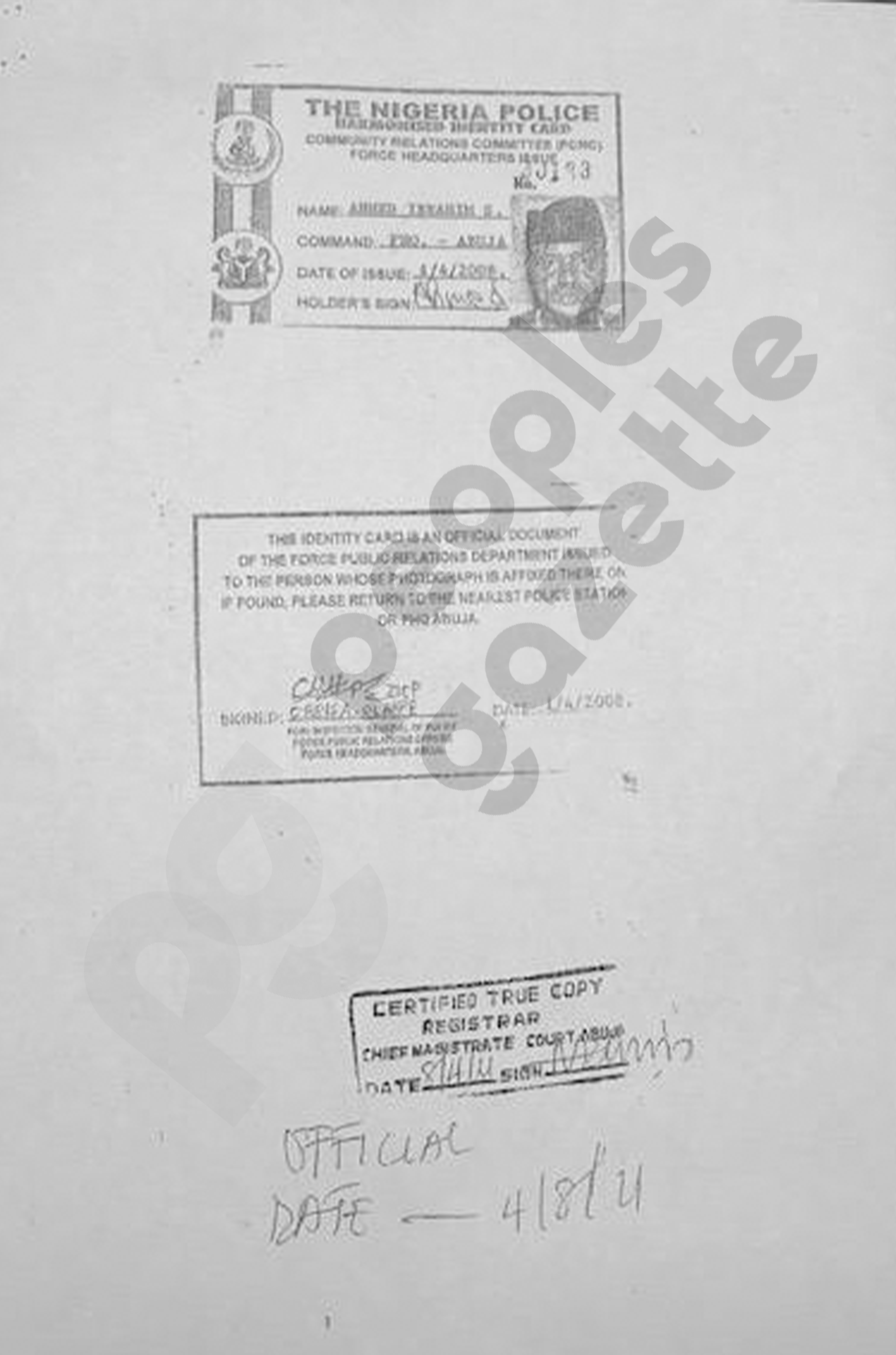