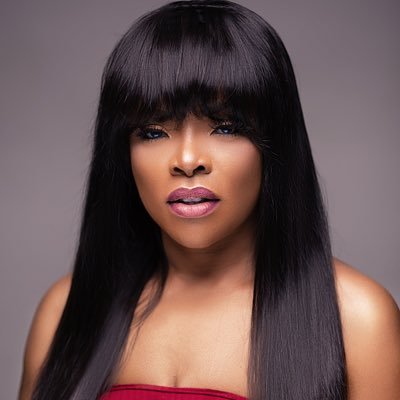 Popular Nigerian celebrity, Laura Ikeji, seems to have finally made some changes to her nose. The mother of two recently took to social media to show off what her nose looks like now.

According to her, she now has a pointed nose and it’s a dream come true. A number of Nigerian celebrities have been known to get work done on their bodies but not many of them have been open about it.

Just recently, popular Nigerian socialite, Laura Ikeji, took her fans on her journey of changing the appearance of her nose. The mother of two shared a video of herself with the doctor as she showcased her nose that was now pointed. Laura Ikeji shows off her new pointed nose.

Laura never hid the fact that she would love to change her nose if she could and it is obvious that she has done just that now. The socialite told fans she threaded her nose for a more permanent result and that it is now pointed.

In her words: “Finally… I present to u, Laura with a pointed nose. A dream come true. This time I threaded my nose for a more permanent result.”

See the snaps below:

In other news related to the socialite, it was earlier reported that Laura Ikeji was gifted a brand new car and huge bundles of cash on her birthday. Hours after telling the world about the N20 million cash gift she received from her darling husband, Laura returned with news of more mouth-watering gifts she got from a friend.

“Weakness Is A Form Of Strength”- Leke Adeboye Tells People Asking Him To’stay strong’ Following The Death Of His Brother, Pastor Dare

Ibori Loot: Outrage As Malami Insists Funds Will Not Go To Delta State