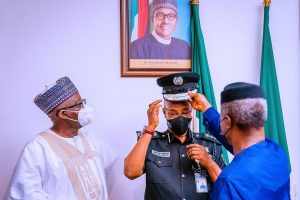 The traditional event, which held at the Vice President’s Conference Hall has in attendance, the outgoing IGP, Mohammed Adamu; the Secretary to the Government of the Federation, Boss Mustapha; the Minister of Police Affairs, Maigari Dingyadi; Senior Special Assistant to the President on Media and Publicity, Garba Shehu and his colleague in the office of the Vice President, Laolu Akande. 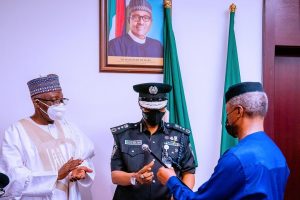 President Muhammadu Buhari had, on Wednesday, named Alkali as the new Acting Inspector General of Police.

Alkali replaces Adamu who is retiring from the police and as the Inspector-General. 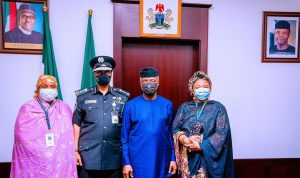 The announcement of the new police chief was made by the minister of police while briefing journalists at the State House in Abuja on Tuesday.

The appointment comes a few days after the police headquarters in Owerri, Imo State, was attacked by gunmen. 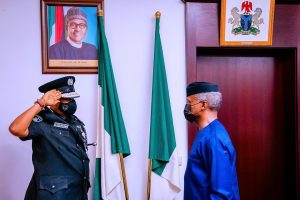 Coincidentally, the outgoing IGP visited Imo State for an on-the-spot assessment of the damages from Monday’s incident when his sack was announced.

Recall that Nigerians slammed the Presidency after the former IGP, Adamu, did not vacate office immediately after he clocked the constitutional age of retirement from service.

They stated that the President Buhari should have made arrangements for the new IGP to take over rather than have Adamu in office over 24 hour after the expiration of his tenure.