NNPC Signs $1.5b Contract For Repairs Of Port Harcourt Refinery

The Nigerian National Petroleum Corporation (NNPC) will award contracts for the rehabilitation of Kaduna and Warri refineries at the end of June.

The Group Managing Director, NNPC, Malam Mele Kyari, made this known today in Abuja at the signing of the $1.5 billion contract for the rehabilitation of the Port Harcourt Refinery Company (PHRC).

He said the process of selection of contractors for Kaduna and Warri was ongoing.

Today’s signing was with Maire Tecnimont SPA, an Italian Company.

He said the contractor was selected with high level of transparency.

Maire Tecnimont S.p.A. is an Italian group comprising 50 companies in the engineering, technology and energy sectors.

It deals in plant engineering in oil and gas, chemicals and petrochemicals, in green chemistry and in technology supporting energy transition.

My Colleagues and I are very proud of what is happening today, a tender process which cumulated in this event of today, the signing of contract for the rehabilitation of Port Harcourt Refinery.

This is a monumental history for us.

He said the corporation was aware of misgiving in the public on the cost of rehabilitation of the refinery but noted that the NNPC would maintain high level of transparency in the process of carrying out the work.

He said government had admitted the fact it made a lot of mistakes with the Turnaround Maintenance (TAM) of the refineries over the years. 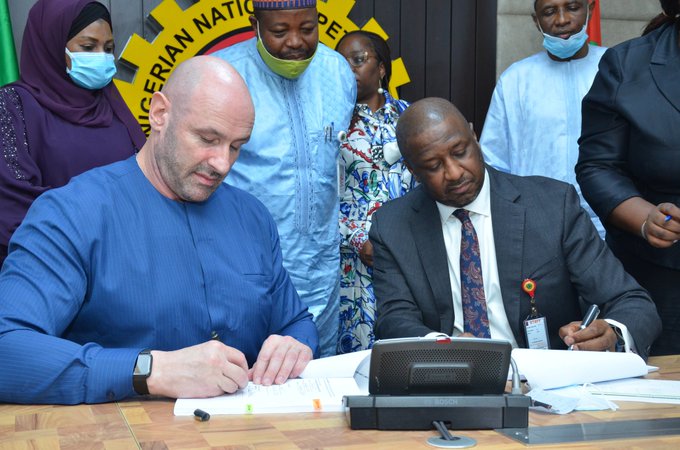 He explained that NNPC selected the contractor through transparent Engineering, Procurement and Construction (EPC) process and also by the recommendation of the original builders of the refinery.

We have decided to pick up our pieces and follow the EPC contract process. This is probably the most transparent EPC that anyone can put on the table.

This is because we even involved those that ought not to be in the process for transparency sake.

This moment, we are happy to deliver on this, happy that Mr President will be able to meet his promises to Nigerians.

Commenting on the cost, Kyari said the 1.5 billion dollars earlier reported in the media was the actual cost of the work inclusive of Value Added tax (VAT).

For avoidance of doubts, the figure you see in the media included VAT, we have disclosed everything that it will cost in the rehabilitation of the refinery.

That is the value of the contract. What you see in the Media is around 1.5 billion dollars because we are a very compliant company, we included everything that is needed that people should know. We are also proud of this.

The GMD further noted that the rehabilitation would involve replacement, upgrade and change of obsolete parts of the refinery. 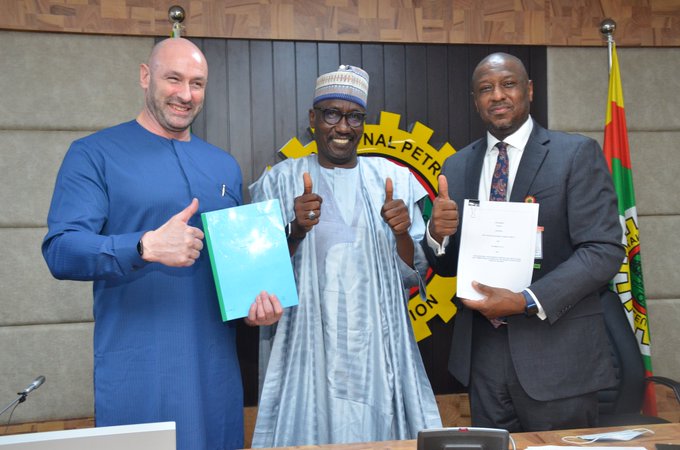 He said the books of NNPC would be open for any public audit during and after the work was completed.

He commended all stakeholders for the support and assured that the project would be delivered at the agreed cost and time.

He charged the contractor to be mindful of the fact that the project was a national project and should hand over any person that perpetuates any fraudulent act to the government.

The Managing Director of the PHRC, Ahmed Dikko, commended the NNPC for its effort in ensuring that the contract was signed.

He said the development was a dream come true, and the result of conscious efforts and dedication of the federal government and NNPC.

He said the scope of the business for the selected contractor was engineering, procurement, construction and installation of works of the rehabilitation of the Refinery.

The lump sum price of this contract is 1,397 billion dollars which included VAT. The provision sum approved is 162,239 million dollars.

The mode of payment for the contract will be through an escrow account which will be established within the next two months maximum.

The commencement period of this programme is today after the signing.

He added that the maximum time of completion of the project would be 44 months, but the phase one would finish within 24 months while phase 2, 32 months and last phase 44 months.

The Managing Director of Maire Tecnimont SpA, Davide Pelizzola, said the contract would deepen the relationship between the company and Nigeria.

FG Shuts Down Kara Bridge From Friday For Tests