Okorocha Begged Me To Cover His Illegalities – Uzodimma

Imo State Governor, Senator Hope Uzodimma, has stated that his refusal to cover the illegalities of his predecessor, Senator Rochas Okorocha, was the reason he had sworn to make the state ungovernable.

Uzodimma stated this in a statement signed by his Media Adviser and Chief Press Secretary, Mr. Oguwike Nwachuku.

The statement noted that Okorocha confirmed he begged Uzodimma in a recent interview he granted to journalists in Abuja.

In an interview Okorocha granted a national newspaper on Sunday, he not only spoke like someone who has quit the All Progressives Congress but confessed that his grouse with Governor Uzodimma is borne out of the latter’s refusal to help him cover all the illegalities he was allegedly involved in as governor of Imo State for eight years.

Apparently looking for ways to continue to undermine the APC and the federal government, Okorocha has descended on the Presidency, saying that President Muhammadu Buhari does not have clue as to the solution to the insecurity situation the country is facing currently.

Okorocha also took a swipe at the leadership of the APC, alleging that they conspired to hold his result and certificate of return as well as outsourcing the party to members he called “outsiders.” 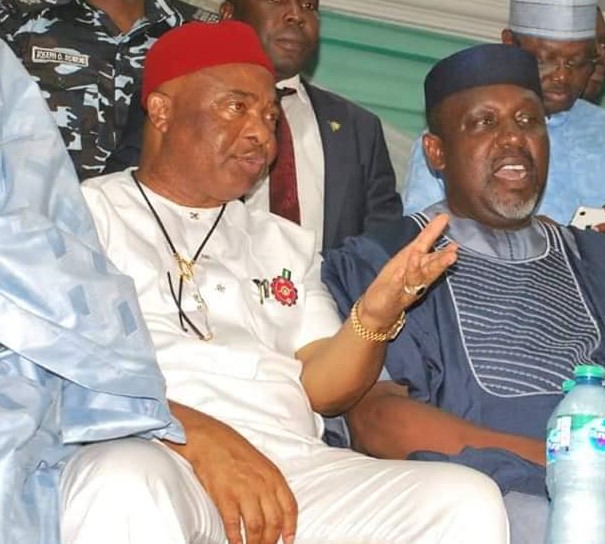 The statement added that Uzodimma had on many occasions accused Okorocha of fighting his government and instigating crisis in Imo State because he refused to accede to his request to disband all the panels of inquiries he inherited from former Governor Emeka Ihedioha’s government that were looking into Okorocha’s activities as governor.

Poised to get at Governor Uzodimma by all means possible, Okorocha also confirmed in the said interview that he had directed his son In-law, Uche Nwosu, to return to the Supreme Court to reclaim his imaginary mandate, claiming that Nwosu won the March 9, 2019 governorship poll in Imo State and that neither Governor Uzodimma nor Ihedioha did.

He acknowledged that Nwosu congratulated Governor Uzodimma and called him his leader when he was declared the validly elected winner of the election and governor of Imo State but quipped that, “this is all for peace go reign.