Nollywood actress Iyabo Ojo recently dished out a warning to her entitled fans who always ask her for money.

The mum of two who recently clocked 43 in an Instalive chat, stated that people don’t have the right to ask her for money just because they are her fans.

She also spoke against those who take up different responsibilities when they don’t have the finance to see it through.

Iyabo Ojo who further stressed that she has many mouths to feed, added that time waits for no one and everyone should make hay while the sun shines.

Watch the video below;

Controversial cross-dresser, Bobrisky has tackled his fellow celebrities who insult their fans for asking for financial help from them on Instagram.

Reacting on Instagram, Bobrisky said raining insults on fans who beg for money is not ‘right’ because without Instagram, ‘there are no fans’ to support them.

He further said in his post that without a large following of fans on Instagram, brands wouldn’t approach them for endorsement. In his caption, the popular crossdresser also advised his fellow celebrities to do the little they can to help their fans. He wrote

I am not in support of celebrities insulting their fans because they beg for money.
(1) Without Instagram, there are no fans
(2) Without fans that come together to make millions, no brand will sign you. So stay humble. 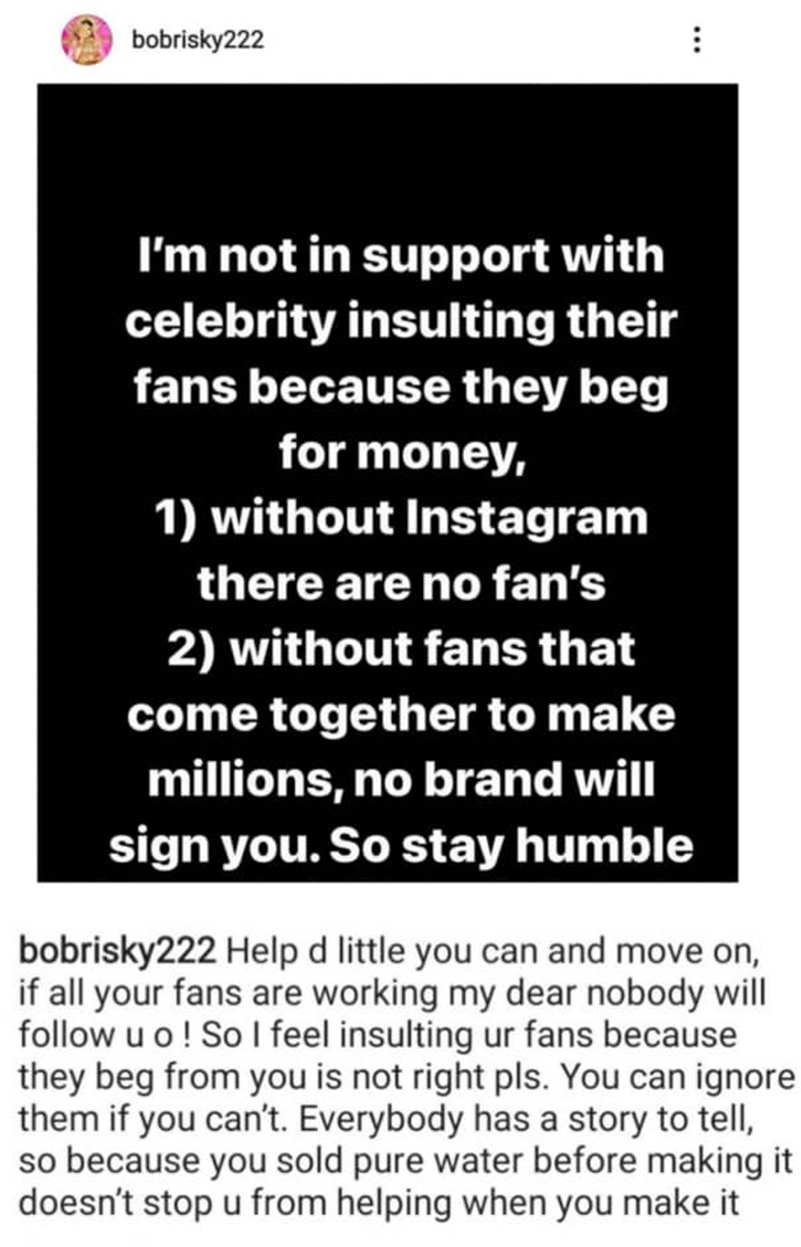 “Weakness Is A Form Of Strength”- Leke Adeboye Tells People Asking Him To’stay strong’ Following The Death Of His Brother, Pastor Dare