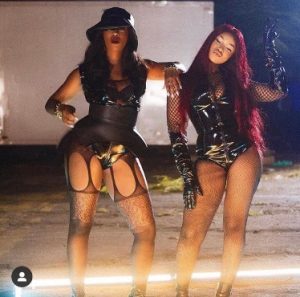 Savage had taken to her Twitter account to ask fans of the controversial reality TV star if they were able to spot their ‘Queen’ in the three minutes music video which was released on Friday.

In the video, the reality TV star, who appeared at about the 2:37 mark, was seen showing off her seductive dancing skills as she rocked a black leather body suit and a red hair.

Watch the full video below:

Jonathan Updates Buhari On Political Development In The Gambia