Two women are fighting on social media over the handsome actor. Timini’s girlfriend and alleged side chic clashed over the fact that the actor was not being honest about his escapades.

The issue is trending heavily on social media, despite attempts by Timini to play it down. And it appears, Funke does not care whatever the issue is and has taken to Instagram to describe him as a dope actor.

“#watchtimini His movies are dope mhen!! Heading to Netflix to watch more of his works @_timini 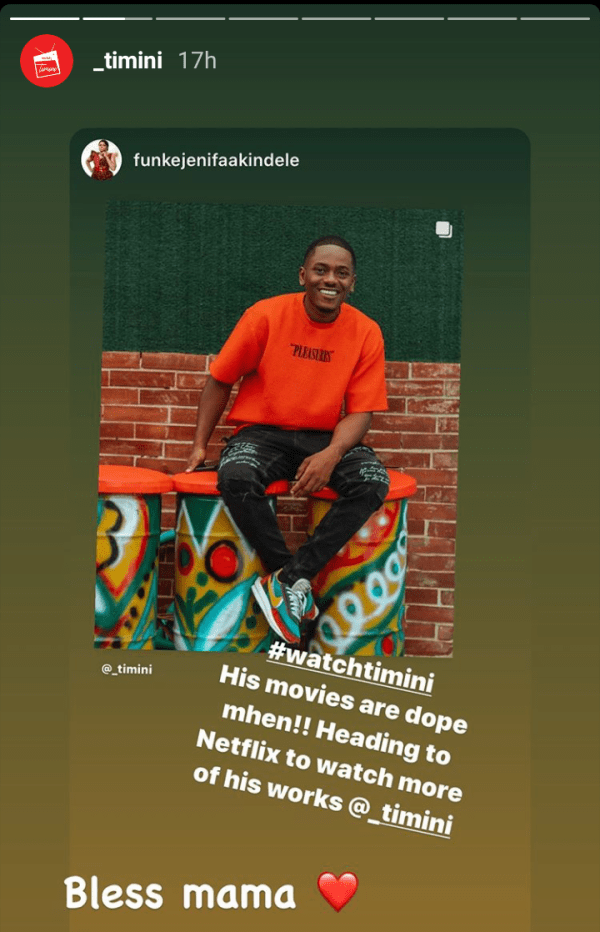