The Giraffe Manor Hotel in Rwanda.

In these old times, tourism on the African continent has been severely hampered by the rampant spread of the coronavirus (COVID-19), which has affected many businesses in 2020. The tourism industry in Africa is very important to the economy of several African nations. According to Brookings institution, tourism generated about $39.2 billion on the continent, while also creating 9.1 million jobs within the tourism sector.

With COVID-19 on the horizon and the restriction of movement from tourists overseas, countries in East Africa are coming up with new ways to pressure the tourism industry.

In Kenya, the government have allocated $5M to support the tourism sector, which has lost about $752M, according to Dispatch Live. In addition to this, Kenyan hotels and resorts are adopting a new localization approach to supplement the losses of foreigners in the country due to COVID- 19 outbreak. 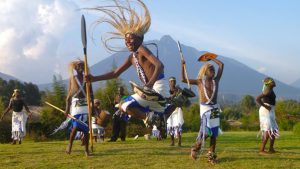 The Dispatch Live reports that Giraffe Manor, one of the many expensive hotels in Nairobi, began to open its doors to Kenyans on June 1 after they had previously implied that their suites were reserved for wealthy foreign traits.

There are also plans to revamp popular backpacker’s hostels on the Kenyan coasts in order to appeal to the local masses in the country. According to The Dispatch Live, this will be done by pandering more to regional consumer preferences and securing funds from the ministry of tourism, which will help keep these hostels afloat during this period. The hostels are also trying to create a vibrant Nairobi nightlife scene by inviting more East African artists to perform at these hostels.

In Rwanda, they have taken a different approach. Clare Akamanzi, Chief Executive Officer of the Rwanda Development Board, stated that the tourism revenues will shrink in the country by 50%-70%, according to BBC News.

Rwanda had reported its highest annual growth tourism in 2019. A BBC News report stated the country had a total of 1.63 million visitors, which brought in a total of $498 million. Today, in the current climate, many Rwandans have stated to capitalize on the use of technology to promote tourism in the country. Patrick Karangwa, a computer scientist in Rwanda, has started to offer virtual tours of the capital, Kigali. In an interview with the German news platform, Deutsche Walle, Karangwa made this possible by going around the city of Kigali taking pictures of several landmarks before programming them on a software that he shows to people overseas. Karangwa hopes to present Rwanda in the best light through the use of his virtual tours.

The COVID-19 world has put the world at a standstill, but many people on the continent, particularly in East Africa, are coming up with new and innovative ways to reboot the tourism sector. It is unclear how long travel restrictions will last, but it is safe to say that the future of African tourism is in good hands.

Nigerians Are The Problem Of Nigeria – Buhari

Davido Reacts To The Arrest Of Obi Cubana By EFCC