I Warned FG About Magu Three Years Ago – Ozekhome

Mike Ozekhome, a senior advocate of Nigeria (SAN), has narrated how, in 2017, he warned the Federal Government about the person of the embattled Chairman of the Economic and Financial Crimes Commission (EFCC) Ibrahim Magu.

In a statement on Tuesday, Ozekhome said he wrote the then acting president, Yemi Osinbajo, to complain about Magu whom he alleged was not being sincere with the handling of recovered loot.

READ ALSO: Why We Shut Down Third Mainland Bridge – FG

I challenged him and his impunity severally in courts across Nigeria. I won virtually all the cases. I called for a change of the way and manner the ‘anti-corruption war’ was being selectively and opaquely fought.

I wrote a public letter in 2017, to the then acting president, Prof Yemi Osinbajo (SAN) at a time his boss, President Muhammadu Buhari, was sick on a London hospital bed. I complained bitterly, with facts, figures and data, that recovered looted funds and property, were being re-looted by the Magu-led team, who were supposed to keep the gate of our commonwealth.

They looted our treasury in collaboration with their cronies, friends and acolytes. Magu was the new sheriff in town. I got no reply to my letter to Osinbajo. I wrote a reminder. No dice. I later challenged Magu publicly, face-to-face, on at least three occasions, one of which was at a ceremony at the federal high court in Abuja. Another was at a capacity-building workshop organised by the EFCC at its training academy in Karu, Abuja, which he graciously personally invited me to.

He refused to change his ugly ways. It was clear to me and discerning Nigerians that power had gotten into his bald head. Power is an aphrodisiac, an intoxicating liquor. It bemuses. It gives delusional ‘Dutch courage.’ It forces reason to vacate its seat.”

According to Ozekhome, for five years, Magu continued to work as Acting Chairman of the EFCC, as against the provisions of section 2(3) of the EFCC Act, 2004 which provides that he must be confirmed by the Senate before he could continue in office.

Ozekhome said Magu recruited expert “constitutional lawyers” who argued that he could continue to stay in office. 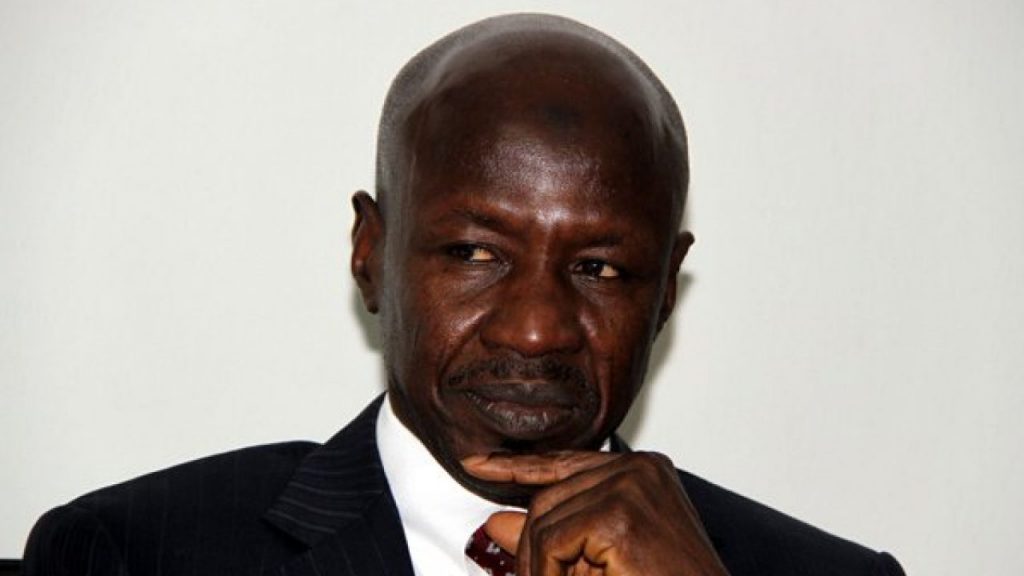 He also accused Magu of subjecting those accused to media trial and humiliation, describing Magu’s “arrest as a tragic reminder of the urgent need for temporary power wielders to act with moderation, modesty, circumspection and humility.”

Magu was arrested and detained by security operatives in Abuja on Monday following a memo by Attorney-General of the Federation (AGF) Abubakar Malami.

He was alleged to have mishandled the recovered loot and was selling seized assets to associates.

Glo Slashes Cost of International Calls by Up to 55%