Abdullahi Umar Ganduje, the Chairman of the All Progressives Congress (APC) National Campaign Council for the Edo State Governorship Election, has said the Peoples Democratic Party (PDP) is giving its support to Godwin Obaseki because it is only interested in State’s treasury.

The Kano State governor said that Edo people are conscious of the political antics of the PDP and hoped it would meet its waterloo at the polls.

Speaking after the inauguration of the 49-member National Campaign Council of the party on Monday in Abuja, Ganduje said he was full of pity for Governor Obaseki, whom he said knows next to nothing about the PDP.

The PDP decided to accommodate our former governor in Edo State not because they have anything in common, not because they share the same feelings, but simply because he is managing the treasury of Edo State and they want him to use that treasury in order to win the election.

The people of Edo State are watching, they know that somebody who was assisted in 2016 to win an election, somebody who was given every cooperation to succeed in governance of Edo State without doing much for the people, at the end of it, he has taken the treasury and now handed it over to PDP in order to win the election.

Edo State will not accept this treachery. The people of Edo State on September 19 will come out en masse and vote for APC.

Ganduje, who described the Edo Governorship Election as a war, said with the calibre of “young and war veteran” in his campaign council, APC was ready to a battle for the government house. 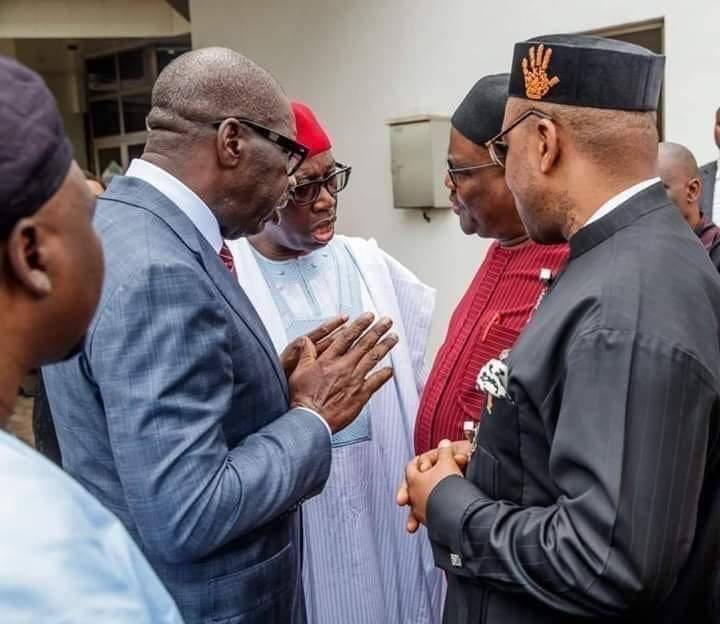 With the composition of this committee, we have war veterans in politics, and we have young people who are just coming out from election and are ready to go back into the processes of election again. And we have all the horses who never miss their targets.

We know PDP made Wike their chairman. I assure you, we will isolate Wike in an isolation centre and before he recovers, the election is over.