VAR Is Not Good For Football – Mourinho

by Emmanuel Onminyi
in News, Sport
0

Tottenham Hotspur manager, Jose Mourinho, has questioned the place of match officials on the pitch, as he said that VAR was bad for the game of football.

The Portuguese said this after his Tottenham became the latest victims of the VAR when their equaliser was disallowed in a 3-1 defeat at Sheffield United on Thursday.

Harry Kane thought he had levelled for Spurs almost immediately after Sander Berge had given the hosts the lead in their EPL clash at Bramall Lane but VAR officials ruled that Lucas Moura had used his arm in the build-up.

This was in spite of the Brazilian being shoved over and then having the ball booted against him while sliding headlong on the turf.

Reacting to the development, pundit, Jamie Redknapp, described the decision as one of the worst he had seen as he called for common sense.

A visibly furious Mourinho, however, refused to turn his fury on the centre referee, Chris Kavanagh.

I think the referee should always be the man on the pitch and the man in the office should support and assist but that’s not the way that it is.

Especially a referee who’s not very good on the pitch, we can’t expect him to be very good in the office.

We’re going into a direction that is very bad for a game which was the game that everyone fell in love with. 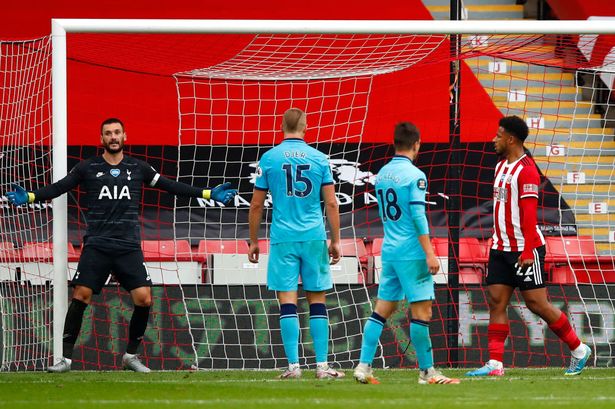 Normally I am an emotional guy on the bench. But, in this moment, I never complain with the man with the whistle because he’s not the referee anymore.

Meanwhile, Sheffield United manager, Chris Wilder, has been a critic of VAR and felt wronged when his side had a goal ruled out in their 1-1 draw at Tottenham in November.

Court Set Aside Conviction Of Firms Linked To Patience Jonathan