Following the effect of the COVI-19 on economies of the world, the International Monetary Fund (IMF) has said that Sub-Saharan Africa’s economy is now expected to contract by 3.2 per cent in 2020; double the contraction expected in April.

The body stated that its latest Regional Economic Outlook for Sub-Saharan Africa that this development will contribute to increased poverty this year.

The Director of the IMF’s African Department, Abebe Aemro Selassie, said that the health crisis is a fast-moving one, saying:

And recent developments suggest that the downturn will be significantly larger than we had anticipated only 10 weeks ago.

The risks we highlighted in April all continue to be a concern, but the deterioration of the global outlook has been particularly striking.

In line with this new outlook, and consistent with local high-frequency indicators, output in Sub-Saharan Africa is now projected to shrink by 3.2 percent this year, more than double the contraction we had outlined in April. Again, this is set to be the worst outcome on record.

On the pandemic, the growth rate of new cases has slowed slightly since April, and a number of countries have cautiously eased some of their containment measures.

But regionwide, the pandemic is still in its exponential phase—Sub-Saharan Africa has recently exceeded more than a quarter of a million confirmed cases, and new cases are still doubling every 2-3 weeks.

Given the region’s already-stretched healthcare capacity, the immediate priority is still to protect lives and to do whatever it takes to strengthen local health systems and contain the outbreak.

On economic policies, sub-Saharan African countries have acted swiftly and aggressively to support the economy.

Monetary and prudential policies have been eased, with countries adopting a mix of reduced policy rates, added injections of liquidity, greater exchange-rate flexibility, and a temporary relaxation of regulatory and prudential norms, depending on country circumstances.

On the fiscal side, however, country responses have often been more constrained. Even before the crisis, debt levels were elevated for many countries in the region. 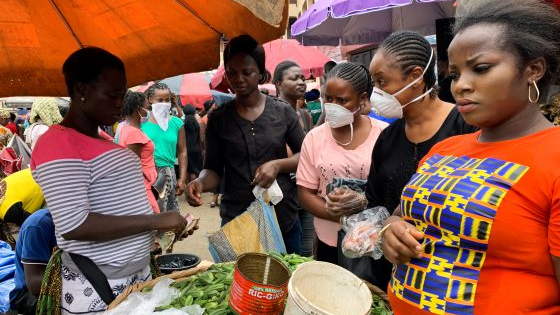 In this context, and in light of collapsing tax revenues, the ability of governments to increase spending has been limited. To date, countries in the region have announced COVID-related fiscal packages averaging 3 per cent of GDP.

This effort has been indispensable. But it has often come at the expense of other priorities, such as public investment, and is markedly less than the response seen in other emerging markets or advanced economies.

In sum, many authorities in Sub-Saharan Africa face a particularly stark set of near-term policy choices; concerning not only the scale of support they can afford but also the pace at which they can reopen their economies.

PDP Snubs Secondus, Others, Insists On Oct. 30, 31 For National Convention

Senate In Shock As Ministry Spent N116 Million To Buy Pens, Others