Following the crisis rocking Edo State politics, the Oba of Benin Kingdom, Omo N’Oba Nedo Uku Akpolokpolo Oba Ewuare II, has said that he is not in support of imposition political candidates and godfatherism.

A statement from Benin Palace signed by the Secretary to the Benin Traditional Council, Frank Irabor, said that there was no truth in social media speculations that the royal father had prevailed on some governorship aspirants to step down for one of the aspirants in the upcoming primary election of a certain political party.

The statement said the monarch’s prayer had always been that “God and our ancestors should give us a governor that will accord respect to traditional institution, develop this state and, provide food on the table for the masses.”

Also, the statement warned against dragging the royal father into politics, insisting that the palace is wary of the imposition of candidates.

The Omo N’Oba strongly advises that in order to eschew recurrent socio-political conflict that seems to constantly ravish the state, making Edo people a laughing stock to the rest of the country on how politicians manage the affairs of Edo people, our Edo political actors must eradicate the twin evil of political vices of godfatherism and consensus candidacy. The two practices seem antithetical to the very fundamental basis of democracy.

Let everybody take note that the palace is very weary of imposition of candidates, when only certain individuals want, but majority of the people do not want. ‘Ghana must go’ politics should end in the state. Politicians should stop cashing in on the poor masses and exploiting them for their votes. 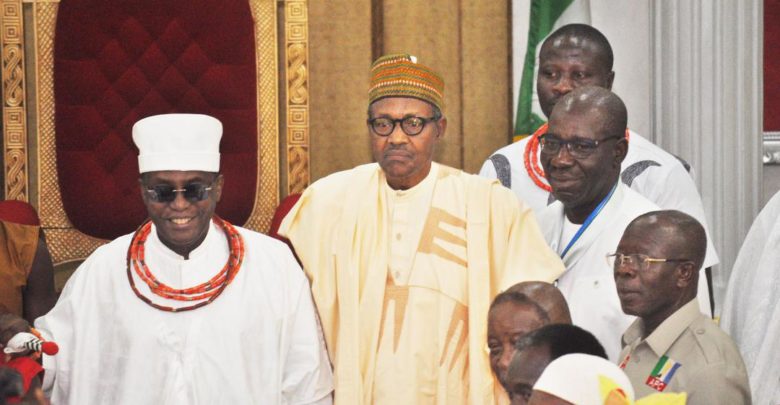 We believe all qualified aspirants in any elective office should be given a level-playing field, for democracy to develop to the next level in Nigeria. Political actors should mature up and learn not to wash their dirty linen in public.

The paramount also admonished politicians, as they are preparing for their governorship primary elections, to exercise the highest standards of maturity and sportsmanship, stressing that the desire to bring about the best for the people of Edo State should not be compromised or sacrificed on the altar of intolerance, rumour-mongering and fake news.

Saudi Arabia Donates $1 Million Worth Of Medical Equipment To Nigeria