Buhari Is A Prophet, He Saw Tomorrow – El-Rufai

Governor Nasir El-Rufai, of Kaduna State, has described President Muhammadu Buhari as the leader who saw tomorrow by making agriculture a priority when he came into power five years ago.

The governor said this at the flag-off of distribution of inputs to farmers by the Federal Ministry of Agriculture and Rural Development as parts of efforts to cushion the impact of COVID-19.

Today our country is on its way to self-sufficiency in many agricultural products such as rice, maize and many others.

According to the governor, there was uncertainty about the position of the country if food had to be imported from abroad following the outbreak of the pandemic while calling on Nigerians to appreciate the president for his foresight.

Speaking about his state’s contribution to the agricultural sector, El-Rufai said:

We produce 22 percent of Nigeria’s maize, we are leading producers of soya beans, tomatoes and sorghum among others and we have seen the impact of the federal government’s policies on rural income as well as major contribution to security because when people have money in their pockets, they tend to live in peace.

With increased seedlings and greater access to fertilizer, herbicides and pesticides, the governor said there was a need to multiply production and productivity which he said could only be done through investment in mechanization and extension workers.

Meanwhile, the Minister of Agriculture and Rural Development, Mohammed Sabo Nanono, had earlier, said that the Ministry was distributing 26 metric tons of certified wheat seeds to farmers, 1350 maize production kits and 18,517Kg of Aflasafe to ensure that the maize produced is aflatoxin-free. 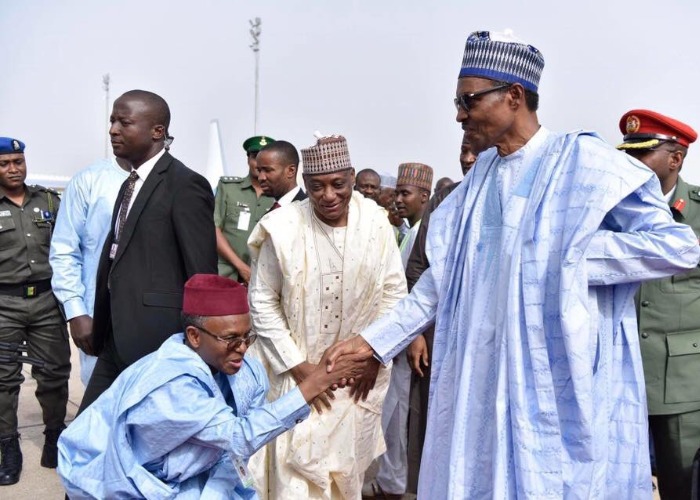 Nanono added that the ministry was supporting rice farmers through Rice Farmers Association of Nigeria with 270 and 300 metric tons of certified foundation seeds of flood-tolerant rice varieties of FARO 66 and FARO 67 respectively.

The association is expected to distribute the seeds to their members nationwide for 2020 cropping seasons.

Furthermore, 14 selected seed companies that have the capacity to produce foundation seeds will be receiving 20MT of breeder seeds of the same varieties in preparation for the 2021 wet season.

Davido’s Daughter, Imade And Bestie, Jamil And Others Celebrates Children’s Day In Style