The Presidency has stated that the Indigenous People of Biafra (IPOB) is taking advantage of the Christian religion in Nigeria to carry out some negative campaigns against the country.

According to the presidency, the group is championing a course, saying that Christians are being persecuted in Nigeria; a claim the presidency has termed false allegation.

Garba Shehu, the presidential spokesman, said in a statement that the Nigerian government is aware of two “interconnected campaigns” that IPOB is championing.

According to Shehu, the campaigns aims to attract the United States, the United Kingdom, and the European allies against the Nigerian government.

IPOB, as part of its effort to in to win the sympathy of these nations, gives the impression that the Nigerian government is autocratic, the statement said.

Meanwhile, the Federal Government, in its bid to quell the campaign of IPOB warned citizens of the country and the international community to avoid being bought by the sentiments deployed by IPOB.

Garba noted that IPOB’s current campaign is funded with a monthly $85,000 USD since October 2019, with no records of the source of this funding.

He urged international bodies to visit Nigeria and discover that the claims of IPOB are false and meant to tarnish the image of the country.

He pleaded with international groups and societies to visit and confirm that IPOB is only championing falsehood.

According to him, the international bodies “are welcome to send representatives to Nigeria and give a lie to the false claims made by these terrorist groups.” 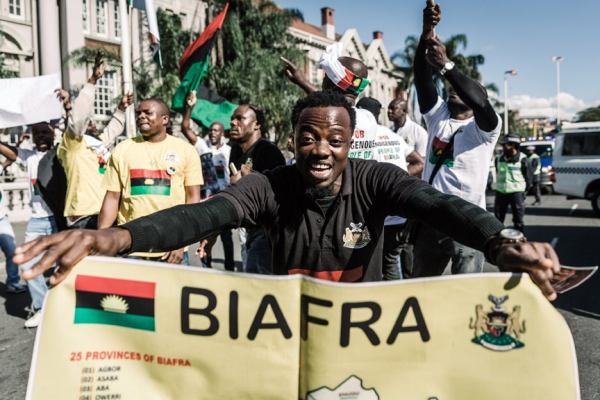 He claimed that IPOB was only swindling the international community of their money and involving them in conducts and activities disguised to destroy the peaceful co-existence of Nigeria.

Recall that IPOB and the Federal Government of Nigeria have been at a loggerhead, with the former calling for secession from Nigeria.

The Muhammadu Buhari-led government, as part of efforts to foil protests and other activities by the group, filed for a court order to proscribe the Nnamdi Kanu-led IPOB, terming it a terrorist group.

Former Super Eagles Striker Speaks Against Racism, Says No One Deserves It