The presiding pastor of the Household of God Church, Oregun, Lagos, Rev. Chris Okotie, has rejected the latest guidelines issued by the Lagos State Governor, Babajide Sanwo-Olu, for the reopening of worship centres.

In a statement released in Lagos, on Friday, Okotie described the guidelines as an “abomination of desolation.”

According to the popular preacher, the doors of the church will remain shut “until these profanation and secularization have been pulverized by the Emperor of heaven.”

Earlier, the Governor of Lagos, Babajide Sanwo-Olu, released new directives for the reopening of religious centres, saying that only forty per cent of worshippers would be allowed for congregation at churches and mosques.

The governor, as part of efforts to secure the safety of residents and reduce the spread of COVID-19, said that people who are aged 0-15 and 65 and above should not take part in congregational worship.

Further reacting to the government’s directives, Okotie, who had, in a widely published statement last Monday, lashed out at the Christian Association of Nigeria for proposing similar guidelines, stated that the government cannot reorder worship in the house of God.

Beloved, yesterday, the abomination of desolation took a giant step towards standing in the holy place.

To reorder temple worship is to deny God the divine prerogative of congregational adoration and the holy genuflects of the saints in light.

Let no man’s heart be troubled by the vengeance of satanic antagonism. Dagon, the God of the Philistines, fell in obeisance before the Ark of God. 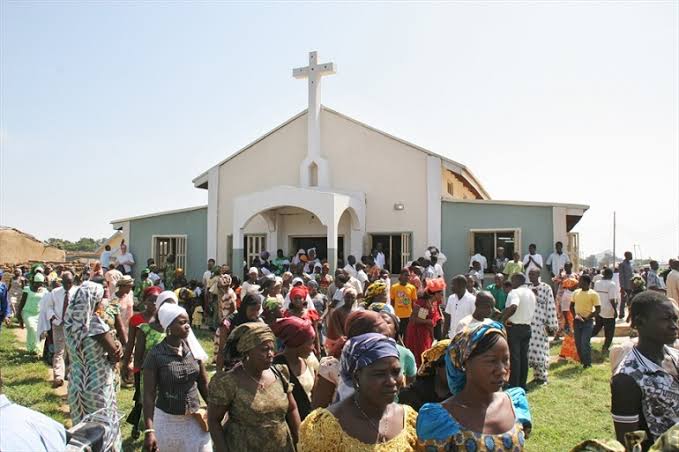 Coronavirus, the god of Secular Humanism will be decapitated in like manner. Our doors will remain shut until these profanation and secularization have been pulverized by the Emperor of heaven.

Unto Him shall the gathering of the people be. To thy tent O Israel.

Recall that the Federal Government had ordered the reopening of worship centres across the country but stated that the final decision rested on government at the state level.