The Federal Government has ordered the Kano State Fertilizer Company (KASCO) Ltd. to be shut down immediately for allegedly adulterating fertilizers and manually mixing the components of the NKP 20:10:10 blend of the agricultural input.

It was learnt that the order to close the Kano State-owned company, came from the Presidential Fertilizer Initiative and the National Sovereign Investment Agency (NSIA), through its subsidiary, NAIC-NPK Ltd.

During a sting operation, KASCO, which is headed by Mr Bala Inua, was discovered to be adulterating the NPK 20:10:10 blend of fertilizer and selling it to unsuspecting members of the public.

In a video which circulated the social media, labourers at the factory were seen manually mixing fertilizer raw materials with shovels and filling them in fertilizer bags.

It was also gathered that hazardous chemicals were used to blend fertilizers and if badly handled, could endanger the lives of people.

Also, when the quantity is not in its right proportions, the chemicals, it was said could destroy the soil and permanently compromise its ability for valuable crop yield. 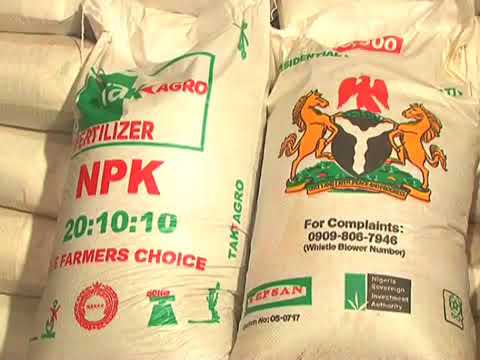 According to Wasiu Abiodun, the state Police Public Relations Officer, the discovery was made by policemen attached to the Kpakungu Division of the state while on patrol along the Kpakungu-Bida Road

The image maker said that investigations led to the arrest of the driver of the vehicle and one Alhaji Maikudi Abdullahi, the owner of the factory where the alleged adulteration of fertilizers was taking place.

According to reports, a total of 456 bags of adulterated fertilizers were recovered from the factory, with the police assuring the justice will be done to the case.