President Muhammadu Buhari has met with the embattled President of the African Development Bank (AfDB), Akinwumi Adesina, at the Presidential Villa, Abuja.

Adesina, who arrived at the State House on Tuesday has been at the centre of allegations of impropriety at the Abidjan-based financial institution which has been a subject of inquiry by the Bank’s Ethics Committee.

The embattled AfDB president has consistently maintained innocence, explaining that the allegations against him as “trumped up.”

The Committee cleared the AfDB President but the United States Department of Treasury dismissed the verdict, calling for an independent investigation of the allegations against Dr Adesina.

The African Development Bank (AfDB) is a regional multilateral institution owned by African countries with the US as a major investor.

Meanwhile, several African leaders have been rallying support for Adesina who is completing his five-year-tenure but is entitled to another term.

Recently, the president of Sierra Leone, Julius Maada Bio, and the first United States representative to the AfDB, Harold Doley, lent their voice in support for Adesina.

Be assured @akin_adesina of my and my country’s staunch confidence and unflinching support for your bold and progressive leadership of the African Development Bank (@afdb_group).

In 2019, with US support, the AfDB stakeholders approved a general capital increase of 115 billion dollars, the largest in the bank’s 56 years history.

US shares of $499,695,200 represents 7.81 percent of total subscriptions are a critically needed resource for low-income countries and transition states.

Ultimately, supporting Africa’s private sector is critical for social and economic development. In 2018, Adesina led an unprecedented effort to attract global investment into Africa through the inaugural Africa Investment Forum. 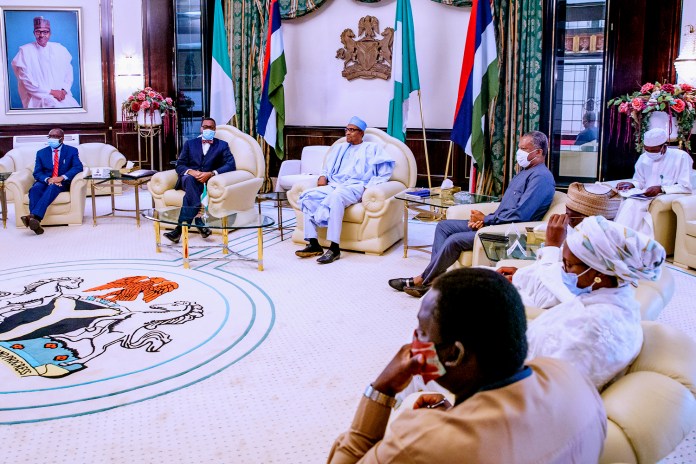 President Buhari had on May 7 commended Adesina, over the clean bill of health given to him by the financial institution’s Board of Directors.

Also present at the meeting were the Ministers of Foreign Affairs, Geoffrey Onyeama and Finance, Zainab Ahmed as well as the Chief of Staff to the President, Prof. Ibrahim Gambari.

‘Ex-Service Chiefs As Ambassadors And Why Not?’