Buhari Has Done Better Than Many World Leaders – Adesina

Following the failure of President Muhammadu Buhari to adhere to the use of face masks as part of the safety precautions against the spread of COVID-19, the Presidency has replied critics of the President saying that he does not put on the safety mask for personal reasons.

Special Assistant to President Muhammadu Buhari on Media and Publicity, Femi Adesina, who appeared on a televised program over the weekend said:

The president has his reasons for not wearing and you just have to accept it that way. That’s all I’ll say.

While fielding questions on the program, he was asked to state the reason but refused, saying:

No, no, they are privates to him. But you know that anybody and everybody with him at any given time will wear masks that are safe enough.

Meanwhile, defending an earlier controversial statement that Nigerians cannot order President Buhari around because he was elected, he also said:

Adesina also cleared the air on the public demand for the president’s constant address, said that President Buhari has done better than some countries’ leaders. 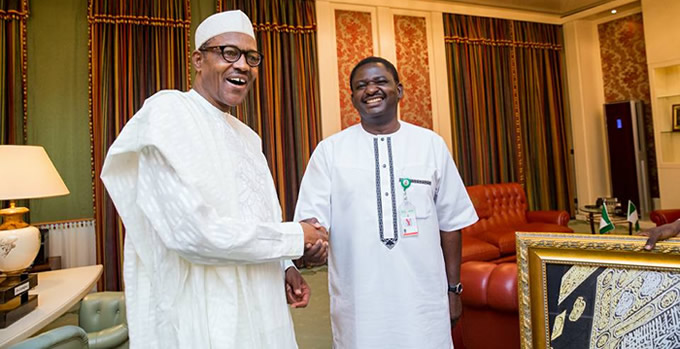 There are Presidents all over the world who have not spoken since the pandemic broke out. During this pandemic, our president spoke three times in a month. We must respect whoever we have elected as a president.

The pandemic started as an epidemic in Wuhan China till they got over it. There is no record that the Chinese president spoke until the country got over it.

Within the space of one month the president made three broadcasts speeches to the country and every day, there are members of what is called a presidential task force on COVID-19, almost daily, they speak to the country.