A Profile On The Life Of Dancehall Singer And Rapper, Cynthia Morgan ‘Madrina’

Cynthia Ikponmwenosa Morgan is a Nigerian singer whose music is a fusion of hip-hop, dancehall, and rap.

Since her debut, she was one artiste loved by Nigerians for her style of music and in fact was one of Nigeria’s most influential artists.

2. At age 3, she became a back-up singer for her mother’s band and also started composing songs at age 7.

3. She was raised by a single mother, Sherifat Morgan, a gospel singer in Benin.

5. She doesn’t have a university degree as she wanted to concentrate on music.

6. Cynthia moved to Lagos in 2008 to further her music career.

7. She gained popularity when she featured on Jhybo’s Ejo Le Fe Ro track at the Nigeria Entertainment Awards (NEA) in 2010.

8. This led to her recognition by PSquare in 2012 and a working recognition soon developed.

9. She signed a recording deal with Northside Entertainment Inc. owned by Jude ‘Engees’ Okoye in 2013.

10. She soon released two top singles “Don’t Break My Heart” and “Lead Me On”  same year which topped musical charts for weeks.

13. Her alleged relationship with Burna Boy went viral in 2015 after photos of the duo kissing leaked on social media. 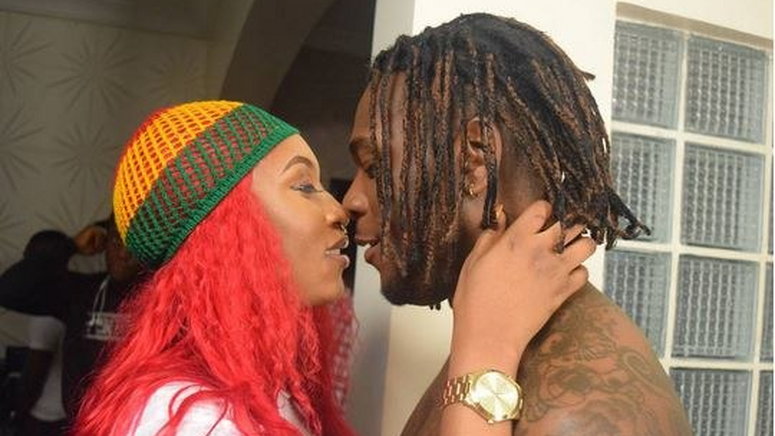 15. The singer was dragged to court in 2018 over unpaid rent and tax evasion.

16. She once revealed the most expensive item in her wardrobe was a wristwatch worth N12m.

Fireboy in tears after performing with Ed Sheeran at Wembley

My kids must have a mother they can brag about” – Annie Idibia writes; recounts humble beginning

Shame On You All! Simi Slams Nigerian Leaders