The Special Adviser on Drainage and Water Resources to Governor Babajide Sanwo-Olu of Lagos State, Joe Igbokwe, has been sacked as the leader of the Ndigbo in the Lagos State All Progressives Congress (APC).

The Eze Ndigbo of Lagos State and Chairman of Ndigbo Council of Ndieze in Lagos, Christian Nwachukwu, said this at a news conference on Sunday.

Joe Igbokwe had not advanced the cause of the ethnic group in Lagos since he became the leader of the group.”

We have found a better leader in Jude Idimogu, the lawmaker representing Oshodi/Isolo State Constituency 2 in the House of Assembly.

In 2019, Igbokwe at the House of Assembly during the screening of the last batch of Governor Babajide Sanwo-Olu’s cabinet-nominees describes himself as a Nigerian and not belonging to any ethnic group.

I’m proudly Nigerian; I don’t know about east, west, north or south. I have been in Lagos since 1985. My children were born here. It’s high time we started building this country.

I get angry when people mention ethnicity. A young Nigerian lady was just made a minister in Britain. If I become the president of this country, nobody is going to fill form and put his state of origin. That’s the first thing I will do. It is when you take people for who they are that is when they will release their energy for the good of the country. One day, Nigerians will say, we are all Nigerians. 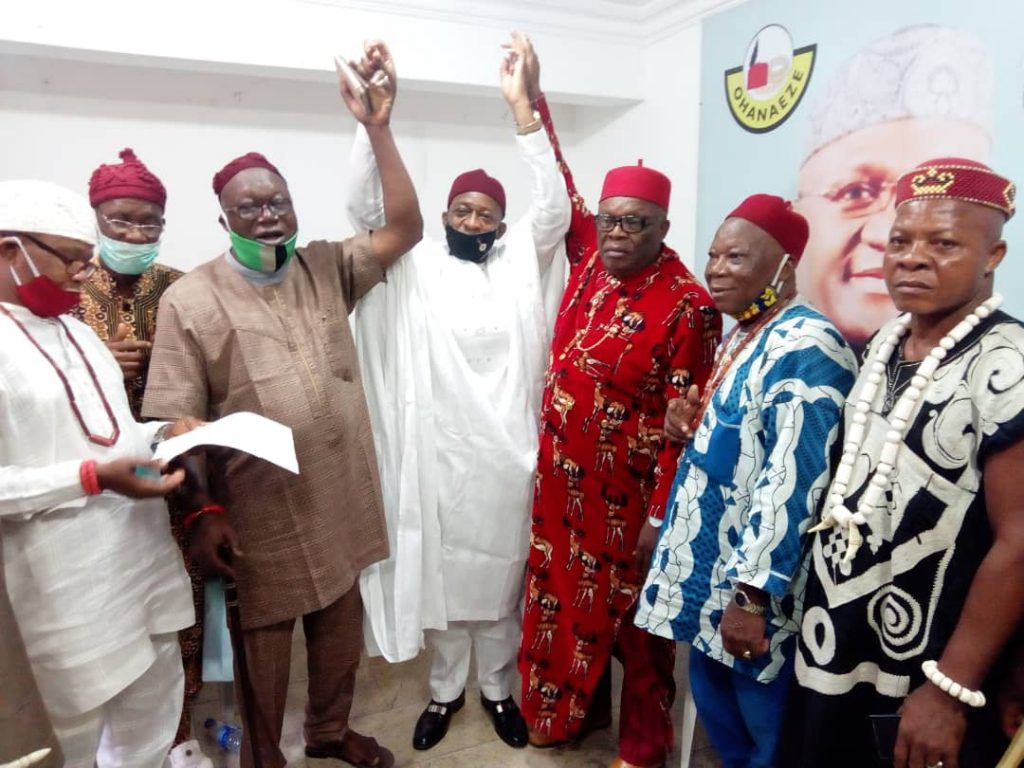 Meanwhile, Igbokwe had, last year, during the general elections criticized the conducts of Igbo residents after an attack by hoodlums left election materials destroyed in Okota; a part of Lagos largely dominated by Igbos.

According to Igbokwe, the Peoples Democratic Party (PDP) vice presidential candidate, Peter Obi, was the reason for the attitude of easterners in the state during the last general election.

It is, however, unknown if the fallout between the Igbo community and the hoodlums believed to be Yorubas, is unconnected with the removal of Igbokwe as the leader of the Ndigbo in Lagos APC.

Davido Flys Out Of Nigeria On Christmas Without Fiancee, Chioma