Israel’s Prime Minister, Benjamin Netanyahu, has become the first serving leader to go on trial, even though he proclaimed his innocence before walking into a courtroom to face charges of bribery, fraud and breach of trust.

The Israeli leader said that the cases against him are a left-wing plot to unseat him.

The trial comes a week after Netanyahu was sworn into a record fifth term, as he secured an unexpected power-sharing deal with his main opponent after three inconclusive elections in a year.

He was indicted in November in cases involving gifts from millionaire friends and for allegedly seeking regulatory favours for media tycoons in return for favourable coverage.

Netanyahu appeared at Jerusalem District Court flanked by a clutch of cabinet ministers from his right-wing Likud party.

Before the hearing, the Israeli Prime Minister appealed to public opinion, taking off his mask to address television cameras in the courthouse hallway.

These investigations were tainted and stitched-up from the first moment.

I am appearing here today as your prime minister, standing tall and with head high.

Prosecutors will continue to conduct themselves without fear, even given the preposterous attempt, which should be rejected out of hand – to ascribe ulterior motives to law-enforcement authorities.

Chanting his nickname, some supporters in masks, rallied outside the East Jerusalem building, saying, loudly: “Bibi, King of Israel.”

Anti-Netanyahu demonstrators gathered outside his residence in central Jerusalem holding up a banner reading “Crime Minister,” a slogan that also appeared on some face masks. 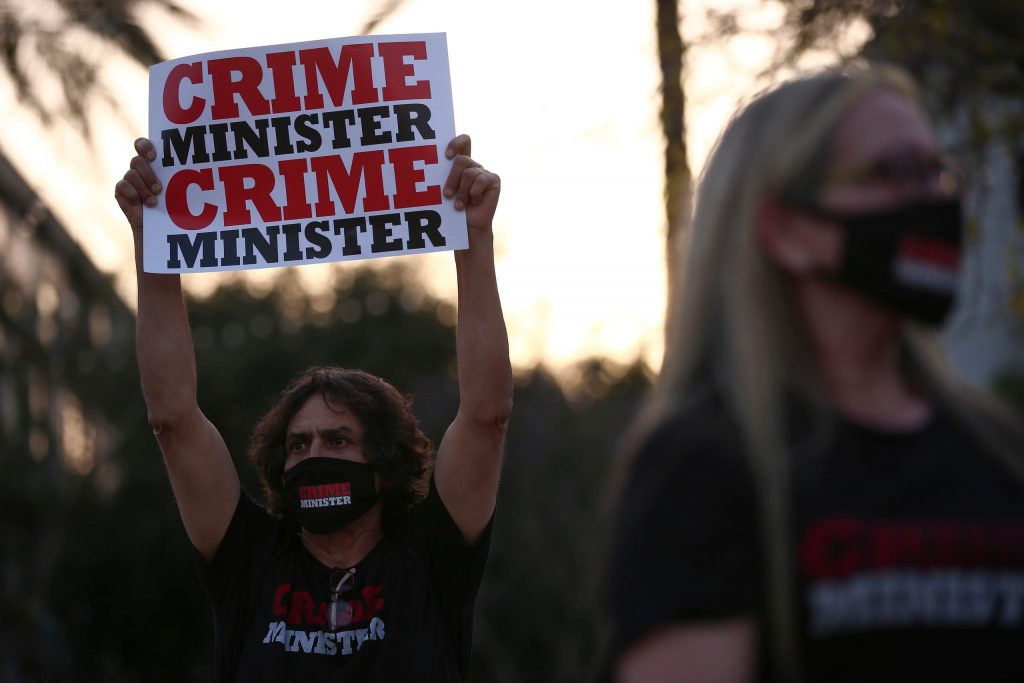 Netanyahu, who has been in powers for 11 straight years, having spent another three in the 90s, kept the position of Prime Minister by securing the power-sharing deal last month with his main opponent, the centrist former general, Benny Gantz.

In a hearing that lasted an hour, the court excused Netanyahu from appearing in person at the next hearing set for July 19, as Israeli analysts say the trial could last months or even years.

PHOTO SPEAK: Sorrow, Tears As Lt. Gen. Attahiru, Others Are Laid To Rest

Cost Of Bread To Soar As Bakers Hike Prices