Coronavirus Will Get Worse In South Africa – Ramaphosa

The President revealed that a third of the country’s more than 22,000 cases had been recorded in the past week, saying that the current lockdown could not be sustained indefinitely.

Speaking after a mining company in South Africa said 164 workers at a gold mine near Johannesburg had tested positive for the disease, President Ramaphosa announced that more restrictions would be lifted from June 1.

According to the SA President, an overnight curfew will no longer be in place, as more businesses will be allowed to open and schools will re-start.

He also added that the ban on alcohol will also end, with limited sales allowed for home consumption only, but the ban on the sale of cigarettes will remain.

Although the president has been under pressure to ease lockdown measures to restart the economy, he warned South Africans that there is grave danger in the future.

President Ramaphosa, who doubles as the Chairman of the African Union, stated:

We should expect that these numbers will rise even further and even faster.

The coronavirus pandemic in South Africa is going to get much worse before it gets better.

Meanwhile, operations have been halted at the Mponeng mine; the deepest gold mine in the world, after 164 cases of coronavirus were detected there, with most of those who tested positive showing no symptoms of the deadly disease. 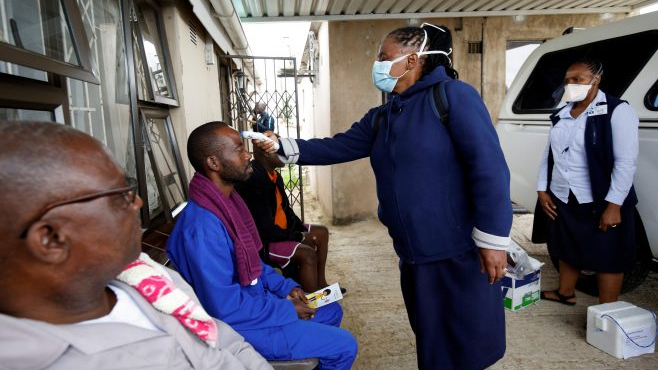 According to the mine’s owners, AngloGold Ashanti, they have all been put into isolation.

In the meantime, South Africa has recorded 22,583 COVID-19 cases with 429 related deaths, making it one of the countries with the highest cases in Africa.

Doing Things The Rite Way: A Rare Story About Giving

My Father Slept With Me For Years, We Have A Child Together – Mother Spills