The Minister Chief Executive Officer (CEO) of the Nigerians in Diaspora Commission (NIDCOM), Abike Dabiri-Erewa, and the Minister of Communication, Isa Pantami, have set the internet on fire as they fought dirty over claims of office space.

READ ALSO: Chioma Afe Explains How a Woman Supports, Multitask and Tries to be Everything to Everyone

Trouble started when Dabiri-Erewa, on Sunday, stated that the agency no longer has an office from which to operate. The CEO, NIDCOM, also published a video on Twitter saying that the agency has not had an office for about a year.

In one year, we don’t have an office. The office we got, given to us by NCC but we were actually driven away by the honourable minister of communications and digital economy, Mr Isa Pantami, within two days, they drove us out with guns and what happened? The place was given to us by NCC.

You know we all help each other, NCC as an agency of government, said there is a place you can use to settle in, and just as we settled in, I was in Ethiopia when I got a call. I thought that it was a joke. I came back from Ethiopia on Thursday, this happened on Tuesday, by Friday when I went to the office, guns, armed men had taken over the place. I thought it was a joke, but here is the thing, I’m a government employee, so is he. It’s government business.

I have complained officially but we let it be. He wants the place, let him take it. That place is still there, a whole floor is still vacant. As I speak with you all our items are locked up. I don’t have a computer, I don’t have printers, everything has been locked up.

So, after COVID-19, we are hoping that we can get a space and move in. These things locked are personal printers, personal laptops of our very dedicated staff because when you are just starting a lot of things are not there.

The NCC has not withdrawn the offer but had hiccups from the preparation of the visit of President Muhammadu Buhari to inaugurate the Communications and Digital Economy Complex and launch of other projects relating to the mandate of government.

Incidentally, after the offer of the office spaces to the NDC, the Director-General, Mrs Abike Dabiri-Erewa, had not visited the complex to take possession of any of the offices and also the commission had not started using any of these spaces as offices. 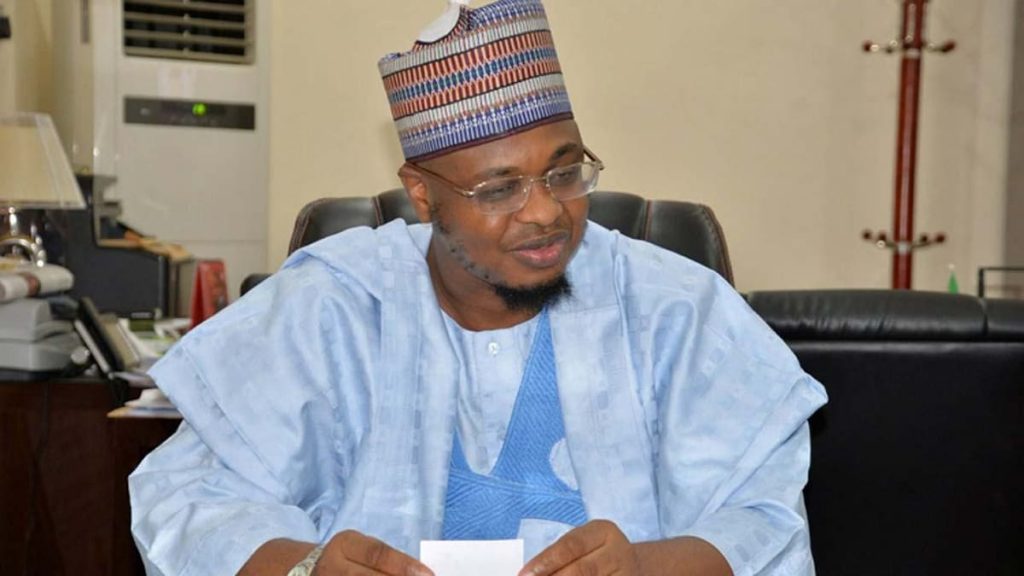 On his part, the Minister, in a tweet stated:

THIS IS A FAT LIE FROM HER: The owner of the building @NgComCommission has faulted her lies on their social media platforms. The minister has never given that directives to any gunman. We need to be very objective in reporting. I have never sent any gunmen there, & I have no one.

In a counterclaim, a video showing the secretary of NIDCOM addressing the staff after being locked out on February 11, was shared on the commission’s official handle on Twitter.

⁦@DrIsaPantami⁩ . To refresh you Sir. Despite your denial.The Sec of the Commission seeking for calm .after Staff resumed for work and denied access to the 5th floor office of Nidcom.. Based on your instruction . Turned back by armed men. Haba!!!! pic.twitter.com/QGiIojMqyz

Coronavirus Will Get Worse In South Africa - Ramaphosa

Sickle Cell Carriers Can Marry Each Other – Expert

CBN Set To Commence Sale Of Forex To BDC Operators

For Otunba Bimbo Ashiru, It’s Another Feather to His Cap