Chioma Afe Explains How a Woman Supports, Multitask and Tries to be Everything to Everyone

by Remi Adeoye
in Corporate Amazon
0

Chioma Afe is the corporate angel from Diamond to Access Bank after the merger.  She heads the Retail Marketing and Analytics group in Access Bank Plc.

Chioma has worked as a Marketing Manager at Multi- choice and Cadbury as well as a senior manager at Airtel, Coca- Cola and British American Tobacco. All through her Career journey there is one thing she has always beloved in, and that is;

‘Relationships, if you handle them well,  the people you meet along the way will talk about you positively, it helps, every positive remark helps’ 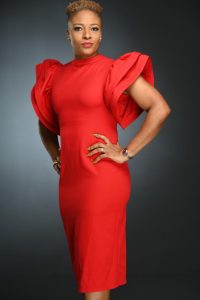 According to Chioma who is Igbo and grew up in Port Harcourt with a lot of riverine influence; she is the only girl with four brothers.  she believes that it is an uphill task for a woman to equally compete with men in the career world to achieve the peak within the same period.

‘As women we tell ourselves we can do everything exactly like the men. However, our reality doesn’t always support our ambition.  For example, if you are married or not, due to your role as a sister, aunt, daughter and wife in a home, you have the responsibilities that positions you as a support to other people in the family. The familiar expectations of your domestic life calls on you regularly. So it is not that as women we can’t achieve, it is just that our reality does not allow us to do that in the same time frame, sometimes because something else is always calling. Our innate nature as females means we want to be able to provide and support, so we multitask and try to be everything to everyone.

If I were a man, I would act and react differently. Maybe as a man I would be able to stay awake till 2am, focus on the corporate tasks because probably someone else has my back for the children and my home.

However, as a woman I still stay and work till midnight and attempt to run the home at the same time, and may have to drop off work so the other part of my responsibility don’t lose out”.

On how managing her work and Life has been possible Chioma explained that,

I have been able to build a support system from my spouse to my domestic staff, my circle of female friends and my work team, that have helped me to be able to sit here and put in all the needed concentration and dedication to my job. Relationships matters, you must nurture them to get the best of them and you must be there for others too. My family is a project that’s critical, my support staff are there to help with my children but I still try to make sure that I have time with my family. A man may sometimes say I will push it, a woman can’t afford to do that.’ 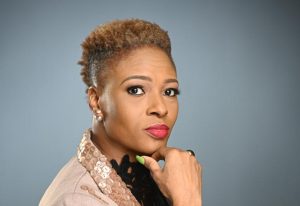 Chioma’s mother is her inspiration especially because of the strength and determination she displayed after her father passed on.

My mother struggled a bit with business and caring for five of us, of which three were in England schooling. It was tough, I was the only one out of school but was in faraway Lagos and she couldn’t see me as much as she would have loved to but she coped. She held strong for us back then and is still doing same till now’

Chioma believes in mentoring and is open to be mentored by other people because ‘ I want to keep on rising, I want to be a Director then a Board chairman and after that we will see what’s next’ 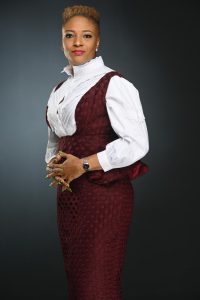 A very grateful Chioma sees her family, especially her husband as being the best choice for her

My husband is amazing, God bless him. He is my cheerleader, he is the person I vent at, he may not know the nitty gritty of my banking world because he is an entrepreneur but he is practical and a great sounding board for me. My children, thank God for them, for their maturity. In all I am grateful to God because I am blessed.’