The lockdown all across the globe has been emotionally draining for many and while we have been confined to our households, there have been some unusual positives for African countries.

In South Africa, the government placed a ban on the purchase of alcohol. The ban stirred up a lot of controversy as people critiqued the government’s decision; however, it is safe to say that this ban has been thoroughly effective.

According to the BBC, alcohol is responsible for 40% of hospital admissions in South Africa. Although with lockdown and the ban in effect, there has been a significant decrease in causalities of alcohol related issues in the country.

Prior to the lockdown, there were about 34,000 alcohol-related cases at hospitals in South Africa weekly. Currently, the number is estimated at about 12,000 cases, which in turn has freed up more hospital beds to attend to patients, who have been affected by COVID-19.

Apart from the health aspect, the alcohol ban has also seen a downward spiral of crime in the country. According to Movendi International, the crime statistics from March 29 to April 22, 2019 compared with the data from March 27 to April 2020 shows that murder cases dropped from 1,542 to 432. This represented an overall decrease of 72%. 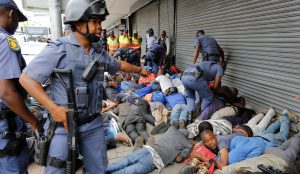 Obviously, the death rate in the country remains high due to the coronavirus outbreak; however, the violent death rate has decreased. The South African Medical Research Council (SAMRC) and the University of Cape Town’s Center for Actuarial Research released a report recently, which stated that the cases of unnatural deaths caused by violence have halved since the enactment of the lockdown in the country.

The report also stated that there was an expected death rate via unnatural means of 800 per week in South Africa. In addition, this number was expected to increase to 1000 during the weekend of the last Easter celebration; however, with the lockdown and the alcohol ban, the number of unnatural deaths by violence reduced to 400 per week. This means that the lockdown resulted in the saving of 2000 precious lives during the first five weeks of lockdown and alcohol sales ban! 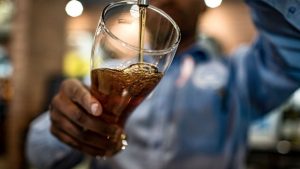 There is however, another side to the alcohol sales ban, which in itself could be detrimental to the South African economy. The economy has been fledging for a couple of weeks prior to the lockdown. The value of alcohol sale is important to South African’s economy. According to Bloomberg, Distell, a South African company known for exporting 3 billion-rand ($157 billion) worth of wine, spirits and cider products yearly, is said to be losing 8.2 billion rand a day due to the alcohol ban in place. In addition, South Africa has foregone about 200 million rand a week in wine-export earnings due to lockdown, according to industry estimates.

The alcohol ban has helped to expose and decrease a troubling drinking culture prevalent across South Africa, but at the same time, it has also led to more economic hardship as the country grapples with the pandemic.

The trend of a double -faced impact – safety of human lives versus impact on the economy will continue in African countries in the face of the pandemic. It remains the tough choice of already ailing economies blighted by foreign debts, growing unemployment and sad GDPs. At the end of the day, lives especially the youth population remains significant to Africa and must be protected.

Ramadan Fast Continues In Nigeria As No Moon Was Sighted