Here Are The Highlights Of The First-Ever Virtual NEC Meeting

The National Economic Council (NEC) meeting has seen key players charting the way forward for the Nigerian economy which is currently standing on one foot, having been dealt heavy punches by the COVID-19 pandemic.

Presided over by the Vice President, Prof Yemi Osinbajo, the meeting which turned out as the first-ever virtual gathering of the Council provided the ground for recommendations that would drive Nigeria’s economy to the promise land.

Held on Thursday, May 21, 2020, the Council concluded that Governor Ifeanyi Okowa of Delta State will head a new committee that will liaise with the Presidential Task Force on COVID-19 on the best way to reopen the economy after the lockdown. The committee also comprises of the governors of Lagos, Kano, Bauchi, Anambra, Plateau, and FCT Minister.

The Council held that it would work with the Economic Sustainability Committee to coordinate an Economic Sustainability Plan for the country involving the introduction of a stimulus package in tunes of trillions of Naira. The stimulus package is aimed at strengthening sectors including agriculture, power, infrastructure, technology, among others, with another meeting scheduled for next week.

Also, NEC conceded that the COVID-19 pandemic has created the most challenging economic situation in the history of the country as it has affected crude oil prices in the international market. This development has affected Nigeria’s revenue and by 31.1 per cent of the prorated amount to 940.91 billion Naira.

Consequently, the Federal Government is supporting the states of the federation and ensure that their financial burden is lightened through the temporary suspension of ISPOs and other deductions associated with the bailout loans effective from April 2020

The Economic Sustainability Committee, it was learnt, would be responsible for the implementation of the financial strategies laid down.

NEC revealed that the Federal Government has taken measure to the healthcare, relief for taxpayers and incentives for employers to maintain staff to avoid mass employee layoff, with 500 billion Naira involved. It also said that the social register for households benefitting from the cash transfer program, while the social safety net has increased from 1 million to 3.6 million. 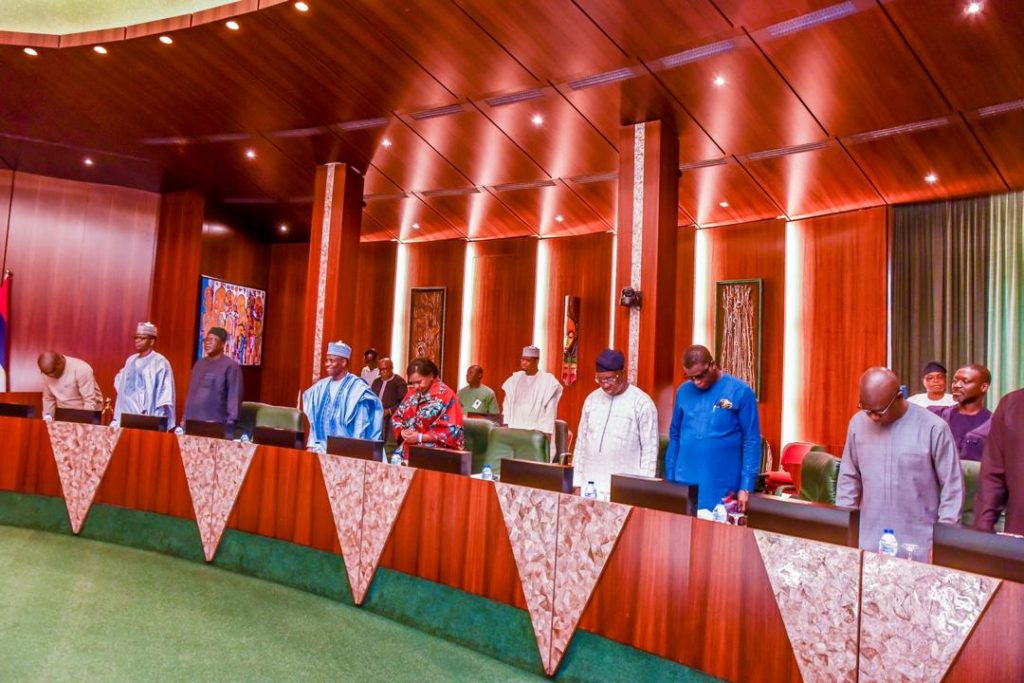 The Council also revealed that the World Bank proposed two aids to Nigeria. One will be for fiscal relief and economic stability stimulus packages for the poor. The second will be financial support to state governments in areas of intervention and expenditure.

Meanwhile, following an update from the Minister of Health, Nigeria might b declare polio-free as early as June 2020 as no cases of polio have been recorded in the last four months. State government were advised to set up to reduce the chances of transmission.

Also, NEC stated that the Power Sector Reform Working Group, headed by the Vice President, is working on the review of the status of ownership structures concerning Distribution Companies (DISCOs) based on the presentation by Governor Nasir El-Rufai of Kaduna State.

Olu Of Warri Passes On Days After 5th Anniversary Celebration