CURFEW: IG Orders Exclusion Of Doctors, Others From Movement Restriction

The IG’s directive was contained in a statement by the Force Public Relations Officer, Frank Mba, on Wednesday in Abuja.

This statement came after the Lagos Branch of the Nigeria Medical Association asked doctors and health worker to stay at home following incessant harassment by security officials while many doctors were going out for essential services.

Adamu stated that his directive to the police followed questions on the status of essential workers while enforcing the movement restriction orders declared by the Federal Government; explaining that clearing ambiguity on the stance of the police, especially as it relates to persons on essential duties, was important.

The force is not oblivious of the sensitive, indispensable, patriotic and front line role of the nation’s workforce that falls within the category of Essential Service Providers in government efforts to contain the spread of COVID-19 pandemic.

To this effect, all essential workers including medical personnel, ambulance service providers, journalists and firefighters remain exempted from the movement restriction orders as well as the national curfew.

He, however, called on Zonal Assistant Inspector Generals and Command Commissioners of Polices to give maximum effect to the orders and extend due regards to essential service providers.

He enjoined all workers who fall within these categories not to take undue advantage of their positions and privileges to advance other purposes not connected with the performance of their duties. 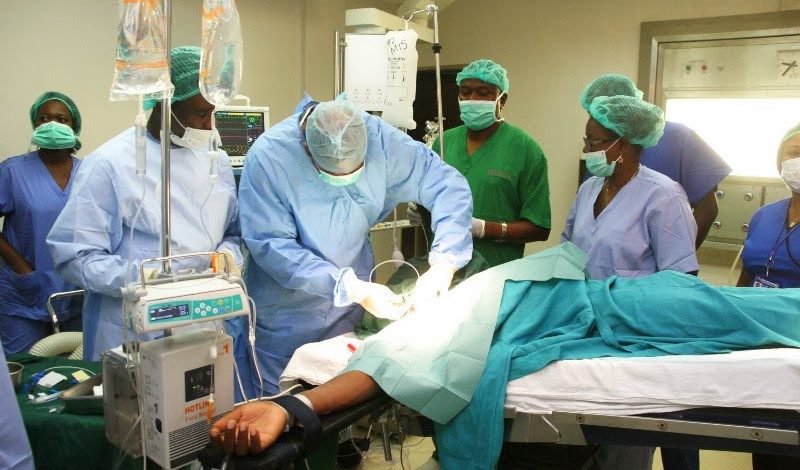 The IG urged the AIGs and CPs to ensure that personnel deployed for the enforcement duties respect the fundamental rights of the citizens.

Recall that the Nigerian Medical Association in Lagos directed its members to immediately proceed on an indefinite sit-at-home strike starting from 6.00 p.m. on Wednesday.

The association gave the directive in a joint statement signed by its Chairman and Secretary, Saliu Oseni and Ramon Moronkola, respectively in Lagos.

Oyegun Fires Shots At Oshiomhole Ahead Of Edo Primaries

Erica: I Have No Business With Kiddwaya