There has appeared a measure of hope for Nigerians who were evacuated from other parts of the world following the outbreak of the COVID-19 pandemic as the Central Bank of Nigeria (CBN) and the Nigeria National Petroleum Corporation (NNPC) on Monday agreed to fund the feeding and accommodation of evacuees in Lagos and Abuja.

Disclosing this at the Presidential Task Force (PTF) on COVID-19 daily news conference in Abuja, the Minister of Foreign Affairs, Geoffrey Onyeama, stated that the fund to cover the cost of evacuees’ feeding and accommodation was over N1 billion and it had to pass the cost onto the evacuees since the fund was not available.

Since their return to the country, it was learnt that some of the evacuees had protested the condition they were being subjected to at isolation centres, as they cited poor feeding and other ill-treatments.

Onyeama stressed that several attempts made to proffer solutions to the challenge failed until the Minister of Environment, Mahmood Muhammed, came to the rescue.

The Minister further stated that the amount involved was over N1 billion and the CBN and NNPC promised to rescue the situation.

Today, the GMD of NNPC said he met with the CBN Governor and they both promised to fund the feeding of evacuees.

I thank the Minister of Environment for the suggestion and the solidarity who sold the idea to me to approach CBN and NNPC to support Nigerians in desperate need.

Earlier, the spokesman, of the Ministry, Mr Ferdinand Nwonye, said that returning Nigerians would pay for their own hotel accommodation and feeding while in quarantine. 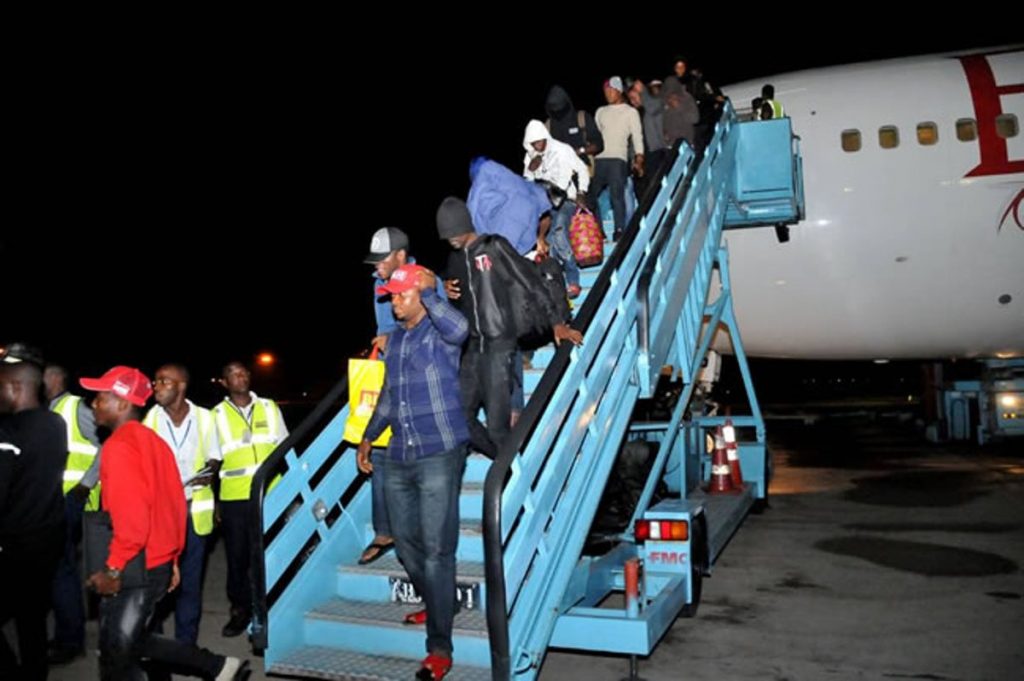 In a statement credited to him, Nwonye stated:

The FG is paying for the feeding and accommodation of the evacuees for now, but subsequently, those that would come back would take care of their own bills. The decision to pick the tabs was taken by the PTF as a way of assisting the returnees.

Nigeria at 60:Independence Day Broadcast By His Excellency, Muhammadu Buhari, President of the Federal Republic of Nigeria