The Non-Academic Staff Union of Educational and Associated Institutions (NASU) has said it will begin a 14-day warning strike in all Federal Universities, Polytechnics and Colleges of Education, over the shortfall in payment of its members’ salaries.

The union said the strike takes effect from the date of the resumption of work in all the mentioned institutions, “thereafter, an indefinite strike will follow if positive action is not taken to remedy the situation.”

This is coming two months after the Academic Staff Union of Universities (ASUU) commenced its strike.

NASU had in August 2019 gone on strike over the government’s failure to resolve issues that included the renegotiation of 2009 agreements, payment of earned allowances among others.

In a statement Monday night, the General Secretary of NASU, Peters Adeyemi, said the non-teaching staff union is protesting the short-payment of its members’ salaries since February 2020 through the Integrated Payroll and Personnel Information System (IPPIS).

Mr Adeyemi said the strike notice has been conveyed to its members during the weekend through a letter with reference number NASU/CD/307/209.

He also said a letter had been issued to the Minister of Labour and Employment, Chris Ngige, declaring a trade dispute over IPPIS’ officials’ refusal to effect appropriate corrections of all the anomalies.

Others are, non-deduction of check-off dues, and non-deduction of cooperative and other deductions of its members in the Federal Universities and inter-university centres, Federal Polytechnics and Federal Colleges of Education. 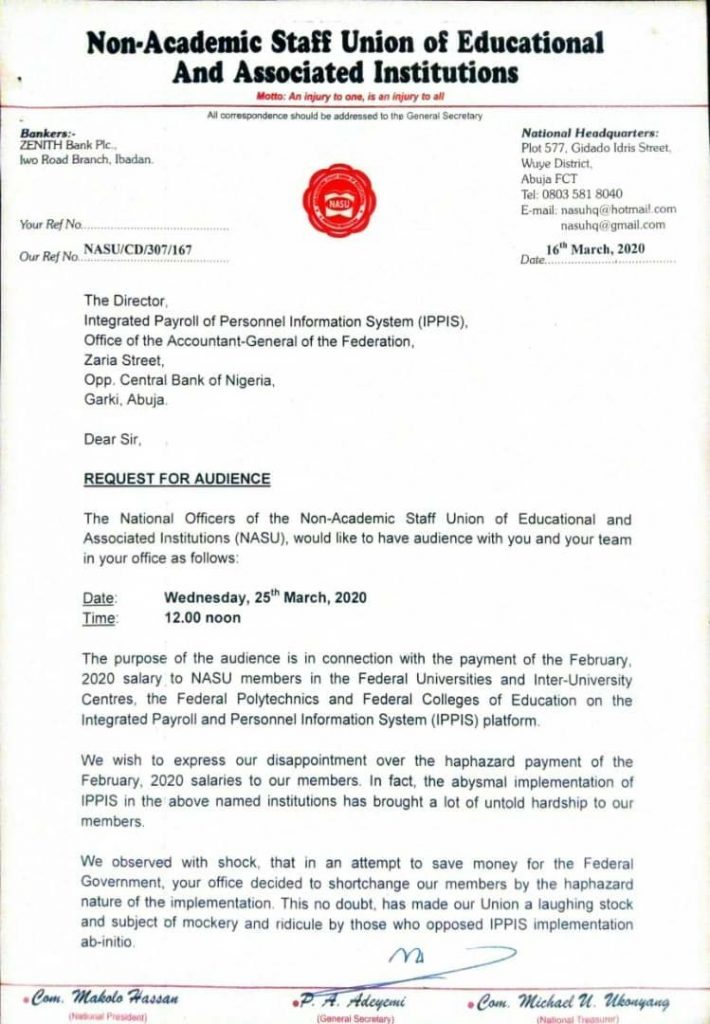 He said the steps taken to resolve the issue include a meeting of the union leadership with the director of IPPIS on January 21.

Another meeting of NASU leadership with the same director was held on Feb. 4, 2020, which did not yield the desired result.

Now we know better. IPPIS promises of doing a three-month experiment have become very disastrously and we are unable to allow this defective and deficient process to continue.

Implications of Naira Devaluation on SMEs