For Otunba Bimbo Ashiru, It’s Another Feather to His Cap

by Eminio Adejobi
in Gist & Jabs
0

‘Seest thou a man diligent in his works, he shall stand before Kings and not mere men’, so the Holy Bible says. Otunba Bimbo Ashiru is one man whose unwavering vision,passion for the best, pedigree, intellect, persona loyalty to man, humanity and good causes, have earned him more than he’s anticipated. He is indeed a man with the right connections who makes things happens for his friends and foe, but he is also a man of unsung glory. 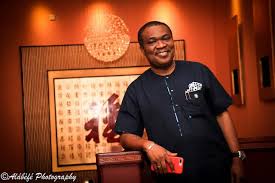 It is very instructive to note that there are few Nigerians, Leaders who have made such an indelible impression on their spheres of influences. From his stints at Stantbic IBTC to, Standard Chartered Bank, to Ogun State where he served as commissioner under Senator Ibikunle Amosu, he’s remained true to type and loyal to a fault! Not even his enemies could fault him on that. Even the Presidency finds him an ally,on account of his diligence, integrity and honour. He’s  been dubbed uncompromising in his convictions. He is Charismatic with a virulent irrepressible communication style. He is highly pragmatic and Proactive. He comes across as a man who cannot be intimidated. As a leader, politician and technocrat, he doesn’t double-tongue or double-speak. His word is is his bond.

And so when the sweet and good news of his appointment into the board of the 44 year old Odua Investment Company Limited which was incorporated by the three Military Governors of the then Western Region, Major General David Medaiyese Jemibewon (Old Oyo), Group Captain Ita David Ikpeme (Old Ondo), and Major General Saidu Ayodele Balogun (Ogun) in July, 1976 to take over the business interests of the former Western State of Nigeria now comprising Oyo, Ogun, Ondo, Osun and Ekiti states of the Federal Republic of Nigeria., even his friends and enemies like got the whiff that, a breather of fresh air has come upon the economic fortunes of the western region.

At this time of Nigeria’s struggle to hold its economic life together due to perennial inability to move in the direction of genuine industrialisation based on full and open competition, after being caused enormous pain and backwardness by greedy politicians, elitist and rulers. Nations of the world looking away from oil and the ‘sleeping giant’ which held the economic life and prosperity of Nigeria- the southwest seems to have awoken to its true calling of being the pathfinder, and returned to the path of its hey days where it led the with great industry and enterprise, the good fortunes of the nation.

In the words of the serving Ogun State Governor Dapo Abiodun;

With such assurances, such level of confidence is premised of Otunba Bimbo Ashiru’s Proven record of integrity fitting for such a position, and his familiarity with the business environment, especially during his two terms as former Ogun State Commissioner for Commerce and Industry.

As the stars allign to work with him in this viable and progressive system, you can’t but agree again, that its an Honour Well deserved for Otunba Bimbo Ashiru.

And The Dancing Senator is a Proud Father

Revered for his dance moves, Nigeria’s only unrivaled dancing Senator and Uncle to the Davido, Senator Ademola Nurudeen Adeleke is indeed a proud father again, not because he’s put a woman in the family way, but because his scion has made him proud by attaining great heights in educational success in the white man’s land.

For the singular act of seeing his daughter, Adenike Marilyn Adeleke through school and being honoured to see her graduate in flying colours from Oakwood University, Huntsville, Alabama United States of America, with a Bachelor of Science degree from the School of Nursing and Health Professions, his joy knows no bound.

In his element and usual excitement, the effervescent Senator is seeing in company of his wife of inestimable value and daughter at the foyer of the school, striking a pose to celebrate his daughter. With the smiles of joy, pride of a father and the excitement of seeing ones child excel in life, evidently beaming on the Senator’s chummy cheeks, there is no better expression of what a proud father feels like. Congratulations to the dancing Senator and proud father. 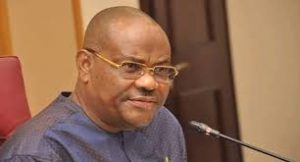 Not one person has come in the defense of the hotelier. The question that comes to mind is: why demolish the hotel? Would a heavy fine or seal not have the same impact or have served the same purpose? Wike’s action and/or inaction has been a bit hasty, harsh, draconian and the only reason why some may think it’s fine is because Nigerians are products  of military regimes. This is what Nigerians are used to and not conventional democracy. He might just be toying with his own personal lockdown in prison for treason.

On the alternatives Gov Nyesom ‘‘Bulldozer’’ Wike instead of demolishing hotels, could have at the least, arrested the owners of and patrons, and kept them on the titans track of the stadium as he did  to violators or better still taken them  to a magistrate court to have them remanded as he did to Caverton Pilots. He could have sealed up the hotels, imposed fines or turned the hotels to Covid-19 Isolation centres, or even ‘nationalise’ the hotels.

It only takes a crude, saucy, rude, indecorous, abrasive, inebriated and wasteful, governor with transient power to take such draconian step of hotels demolition in a democracy.

CURFEW: IG Orders Exclusion Of Doctors, Others From Movement Restriction