A document has showing over N4.3bn stashed in a ‘secret’ account by the Ondo State Government has reportedly been discovered after 10 years, with various transactions carried out on it without due process.

The document, obtained Sahara Reporters, revealed that the consultants contracted by the Ondo State Board of Internal Revenue uncovered the account while auditing all government finances.

The money, it was learnt, was fixed in Zenith Bank, Alagbaka, Akure branch in the state capital.

The report also revealed that some transactions were carried out on the account, through transfer, into other accounts in different banks, which belongs to the state government for the purpose of yielding huge interest. 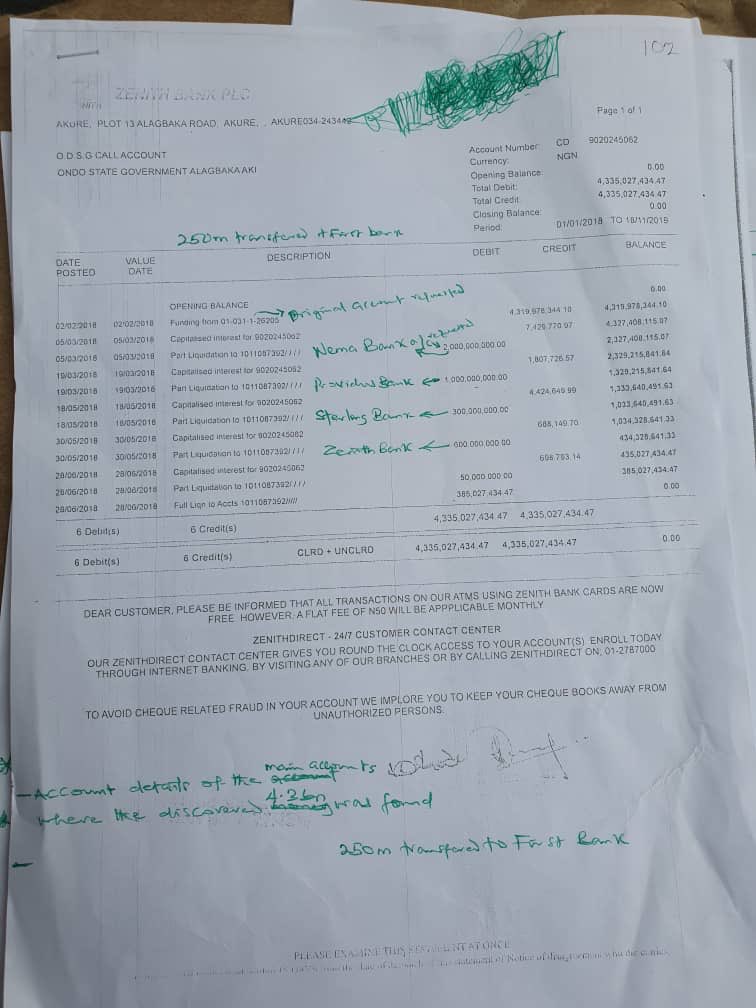 In another document the state’s Account-General, Mr Akindolire; Director of Treasury Service, Mr Akinsanmi, and Director of Management Services, Akinnagbe, signed the memo to transfer the recovered money from Zenith Bank to three other banks.

The discovery of the ‘secret’ account, following a probe, was made public by members of the House of Assembly Committee on Public Accounts, who raised the issue on the floor of the parliament.

Meanwhile, a member of the State House of Assembly, while speaking on the condition of anonymity on Friday, said the government had been hiding the statements of the financial transactions on the bank account.

According to him, the lawmakers had already invited the state’s Account-General over the matter with a bid to know the real source of the funds and the exact date the money was lodged in the ‘secret’ account including the interest that had been generated from it in the last decade. 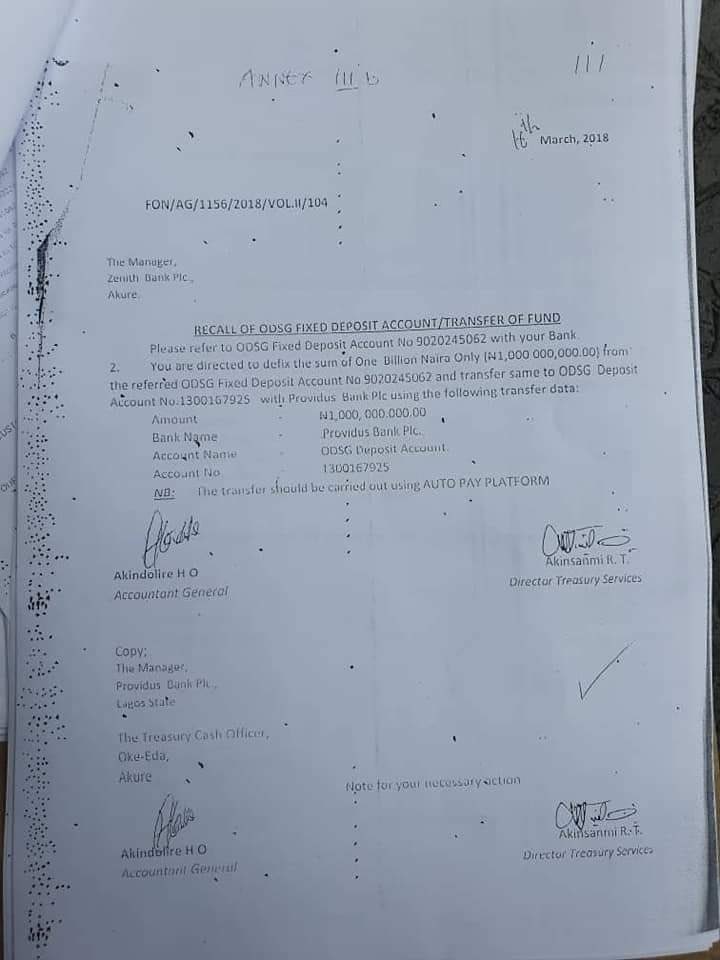 They are telling us the money in the account was discovered around February or March 2018 and they failed to disclosed the account then, is that not corruption?

And now they are claiming the money had been spent to pay salaries or execute some projects in the state, so we all need to know how they spent it because I am yet to see where it was appropriated. 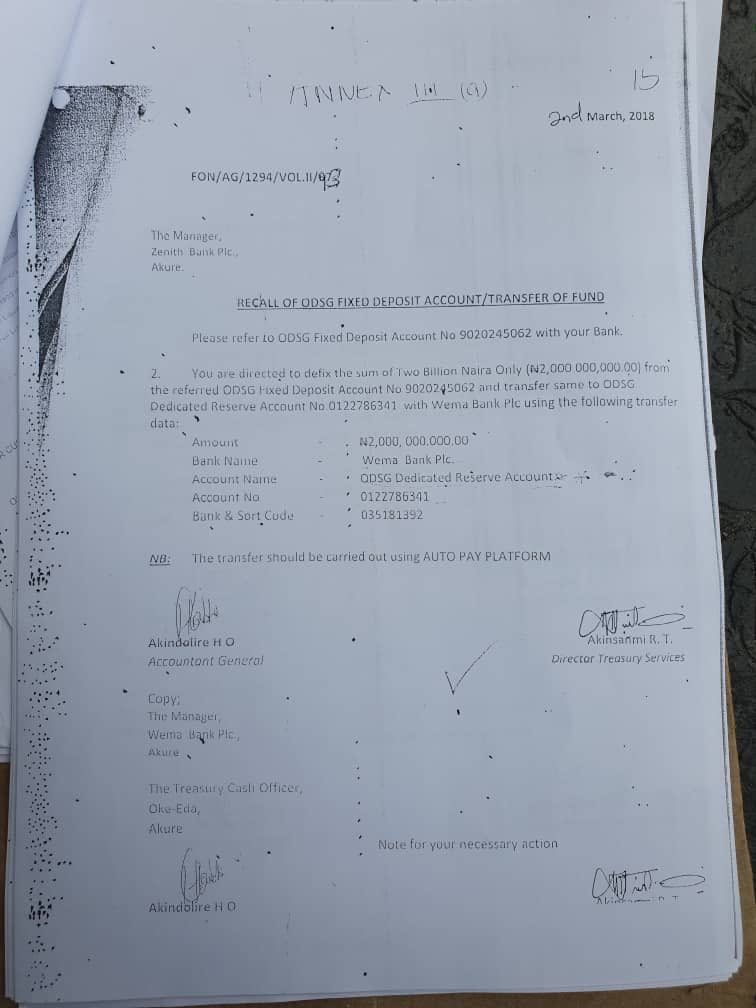